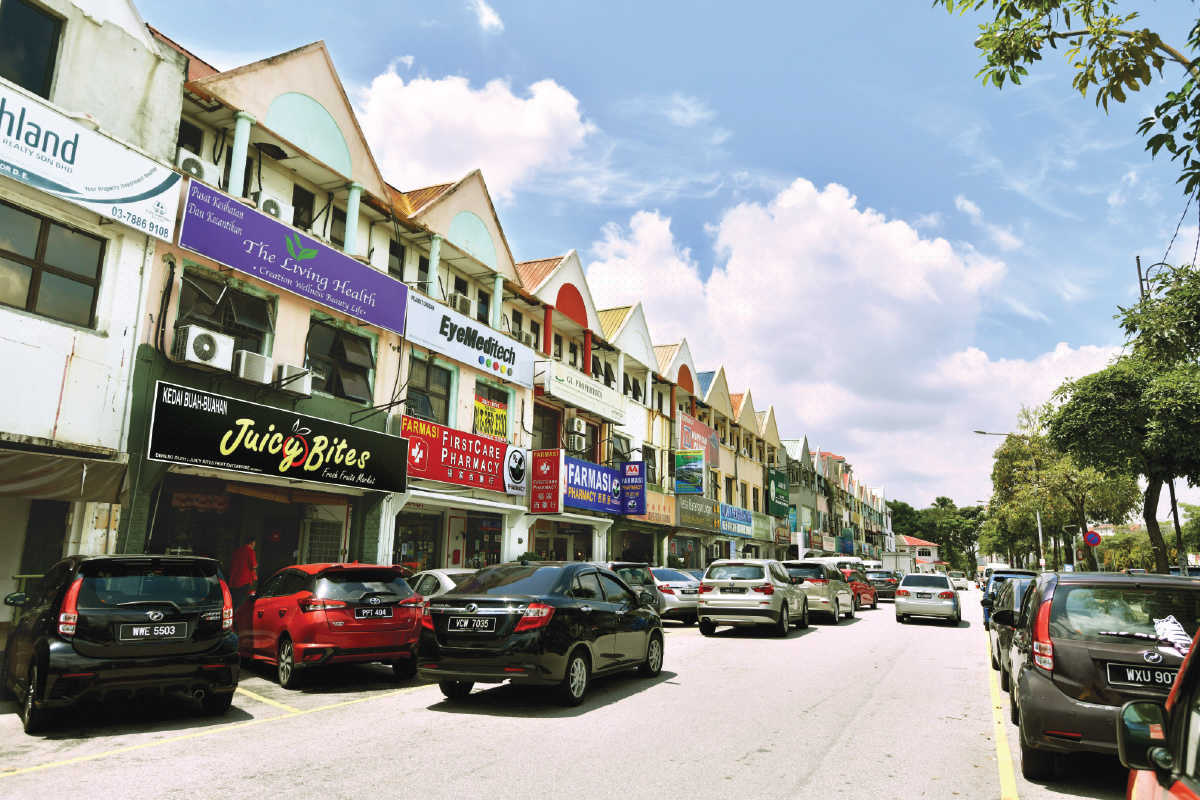 Despite the limited parking space, Jalan BM 1/2 in Taman Bukit Mayang Emas, Petaling Jaya, is a lively hub filled with shops and eateries.

My college friends and I used to frequent Restoran TropiKiRi coffee shop weekly for its delicious Penang prawn mee, chicken rice, traditional pork ball noodles and wantan mee. Restoran New Wong Poh is another restaurant I would frequent with my parents. It is popular for its butter cheese crab, marmite chicken, fried calamari, stir fried vegetables and fried glass noodles.

According to Metro Homes Realty Bhd executive director See Kok Loong, Jalan BM 1/2 in Taman Bukit Mayang Emas is a neighbourhood street that caters mainly for residents even though it fronts the New Klang Valley Expressway. This is because most travellers on the NKVE did not know how to access this area before the existence of digital maps such as Waze and Google maps.

See says: “It is for the locals — for example, those who stay in Bandar Utama, especially BU 11 and 12, Tropicana and Taman Bukit Mayang Emas. It is the place for us to grab something fast because of the congested street parking and it offers some cheaper options compared to Tropicana Club, Centrepoint and One Utama Shopping Centre.”

The shops on the ground floor are mainly local coffee shops, seafood restaurants, pharmacies, hardware shops and car workshops, while the first and second floors are occupied by offices. “The owners keep the units purely for rental collection and tenants are usually there for more than five years. The outlook is stable and it won’t have major changes anymore because the land is fully developed. There is just a small piece of [undeveloped] land left in between Aman Suria and Dataran Prima,” says See.

Justin Yong, a resident in Taman Bukit Mayang Emas, often frequents the coffee shop, fruit shop and hardware shop there. “I have been staying here for over a year and it is very convenient to shop there. I normally go there two to three times a week,” says Yong, who runs his food business, called Tiok Tiok, from home.

See observes that the occupancy rate is around 95%, with only one or two shops vacated for a short period of time in normal circumstances. “With the pandemic, it might be different and we shall monitor it in the next one or two months. In 2018, an entire block with a land area of 1,400 sq ft and a built-up area of 4,000 sq ft was sold for RM2.68 million; in 2020, it was sold for RM2.26 million,” he says.