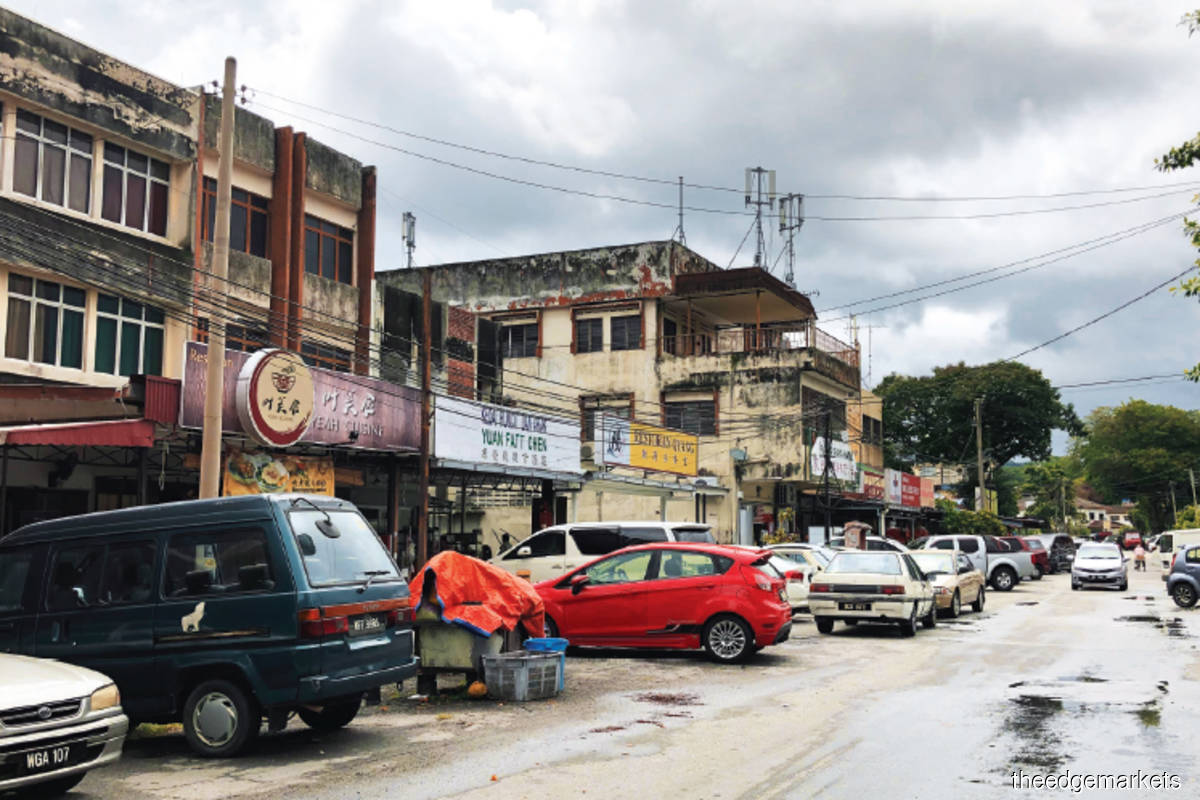 Commercial outlets along the street include restaurants, coffee shops, a pharmacy, sundry provisions traders and workshops, most of which are converted houses on short-term leases (Photo by Chung Ying Yi/The Edge)

Jalan Awan is the main artery within the neighbourhood of Tam Kong in Ampang, which was established in the mid-1950s during the Malayan Emergency as a place to resettle Chinese villagers.

The locality is most notable as home to Pasar MPAJ Kuala Ampang, which serves the neighbourhood as well as residents from the surrounding areas such as Taman Keramat, Kampung Berembang, Taman Dato Ahmad Razali, Ampang Jaya and Ukay Heights.

The wet market offers a variety of fresh meat and vegetables. Fresh meat is processed on-site, which requires a lot of water and leaves many areas in the market perpetually wet. Apart from that, there are some food vendors. Most stalls open by 6am as people come to buy fresh food and breakfast.

“Owing to the lack of transaction data, it is hard to work out the rental yield for the commercial outlets. However, they are expected to be high because the residential houses are used for commercial purposes.”

Those craving seafood can head to Mei Keng Fatt Seafood Restaurant, which is only a three-minute walk from Restoran Yeah Cuisine. Founded in the 1990s, the restaurant started off with only 10 tables and 13 workers, many of whom were family members. It was renovated in 2000 into a 3-storey building with a car park on the land plot across the road, according to its official website. On the outlook for Jalan Awan, See notes that there are only 30 to 40 years remaining on the leases for the village houses.  Thus the value is not high. “Nonetheless, it is close to Kuala Lumpur city centre and will be a good investment if the buyer can afford to pay for the renewal of the lease on expiry. In any case, the rental yield is quite good for commercial use,” he says.