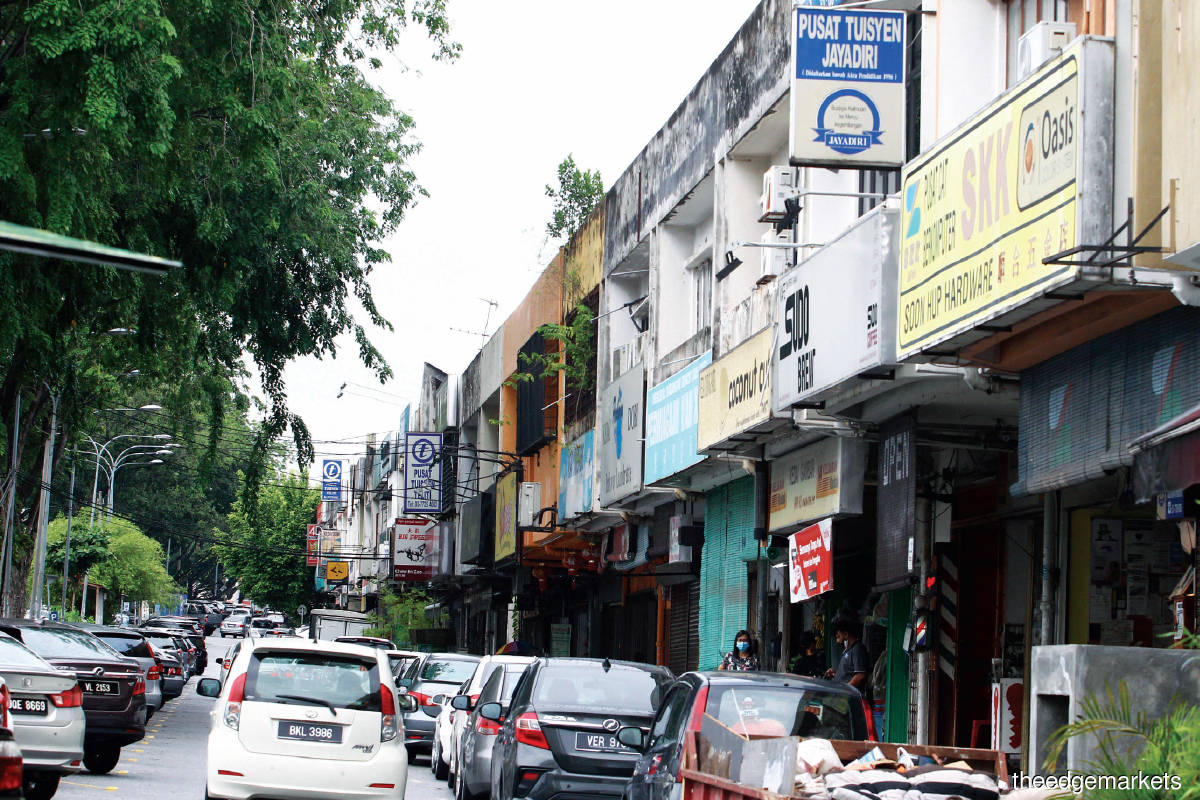 Fondly known as Mewah shops, the row of older, 2-storey shops on Jalan SS22/11 may be the less vibrant of the two commercial centres in Damansara Jaya — the other being Atria Shopping Gallery and its surrounding shops — but finding a parking spot along the stretch seems to be just as difficult on a typical day.

As a result, residents of the 2-storey houses fronting the neighbourhood shops often face parking problems. “It has been an issue for years, but it is already a norm for them. They know how to handle [it],” says Metro Homes Realty Bhd executive director See Kok Loong.

According to See, the row of shops was one of the earliest developments in Damansara Jaya, built before Damansara Utama was launched. “Damansara Jaya was developed in the mid-1970s by Paramount Garden, a subsidiary of the See Hoy Chan Sdn Bhd Group at the time. It originally comprised just Section SS22 before more houses were added later in the decade,” he says.

Compared with the relatively more upmarket commercial Atria hub, where banks and offices can be found, the Mewah shops offer traditional businesses that cater for the immediate needs of the residents. You can find coffee shops, sundry shops, mini marts, tailors, laundry and dry cleaners, tuition centres, car and motorcyle workshops, hardware shops and lottery outlets along this stretch. “Jalan SS22/11 is more of a neighbourhood shopping street frequented mostly by locals for groceries and stationery,” says See. “It is a popular spot for students, owing to the short walking distance from UOW Malaysia KDU College’s Damansara Jaya campus. Plus, the student population will grow in the near future,” he adds.

See expects the value of the shops to remain stable. He notes that the properties are rarely put on the market, as many of the units belong to second-generation owners. “The area will continue to have good prospects because of its freehold status and no new supply of shops,” he says.

In terms of occupancy,  the stretch sees only limited movement of tenants, See notes. “The occupancy rate is quite high, since the shops are mature properties and the businesses here have been established over the years.”

Owing to the soft economy, however, he says there could be a few units available for rent. A typical ground-floor unit can fetch rents of around RM5,000 per month whereas the first-floor units fetch about RM2,000. A typical intermediate unit measures 22ft by 75ft, with a built-up of around 3,000 sq ft.

Meanwhile, terraced houses in the vicinity are typically priced at RM950,000 to RM1.1 million for an intermediate unit.