Streetscapes: A hot spot for bubble tea in Setapak 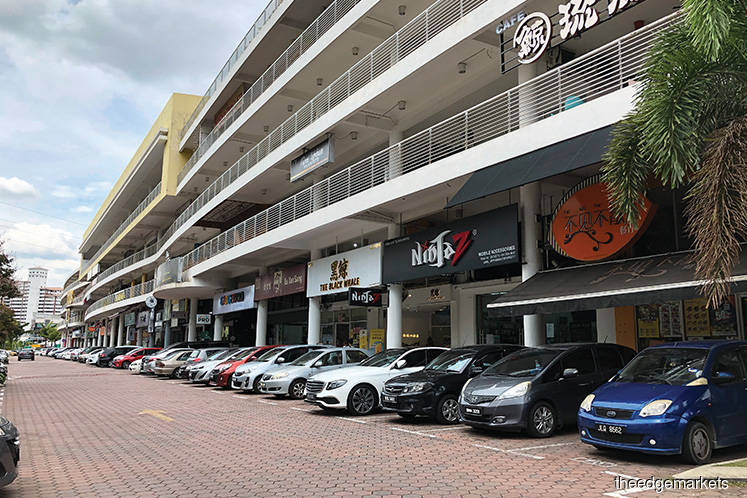 The population in Setapak has increased over the years. The name of the suburb means “one step” in Malay and may refer to its short distance to the Kuala Lumpur city centre. The former tin mining and rubber plantation area is also near Gombak, Wangsa Maju, Ampang, Melawati and Taman Melati.

Setapak is easily accessible via major roads and highways such as Jalan Genting Kelang, Jalan Taman Ibu Kota, Middle Ring Road 2, Ampang-Kuala Lumpur Elevated Highway and Duta-Ulu Kelang Expressway, and will be linked to the upcoming Setiawangsa-Pantai Expressway, which is due to be fully operational next year. Companies such as Platinum Victory Sdn Bhd and SkyWorld Development Sdn Bhd are developing projects in the vicinity — a testament to the suburb’s strategic location.

Jalan Genting Kelang in Setapak is a street known for its bubble — or boba — tea shops. The boba craze constantly brings long lines of customers to these shops.

Bubble tea is definitely not new to the local market, with major brands such as Taiwan-headquartered Chatime and homegrown-brand Tealive dominating most of the markets.

Top Taiwanese brands such as The Alley, Daboba, Chatto Handcrafted Tea Bar, Panntea, The Black Whale and Xing Fu Tang have made their presence felt in Jalan Genting Kelang and they are within walking distance of each other.

My two favourites are Panntea and Chatto. Apart from delicious bubble teas, Panntea also offers fruit teas. If you are looking for drinks with fresh ingredients and inventive flavours with no artificial colouring or preservatives, do try its beverages. Its signature milk teas are Green Tea Brown Sugar Boba Milk and Brown Sugar Boba Milk, while its signature fruit teas include Black Currant Yogurt and Strawberry Yogurt Sijichun Tea.

Meanwhile, Chatto is a Japanese-concept tea bar that offers great-tasting drinks without compromising on the health benefits. According to its official website, the company was established in 2017 founders Terrence and Yan, who saw the potential in starting their own tea business. Its premium tea base is imported from Shizuoka, Japan, as well as Taiwan and China.

Ninjaz, which is just a stone’s throw from Chatto, offers a variety of cheap and good-quality mobile accessories, including phone cases, screen protectors, power banks and selfie sticks. The shop is brightly lit with products arranged in an organised manner to give customers a relaxed shopping experience.

Sulaiman notes that although Setapak is a mature area, new developments are still being built due to its close proximity to the Kuala Lumpur city centre. “The target market for these developments are the upper B40 and lower M40 demographics, particularly those working in the city centre.”