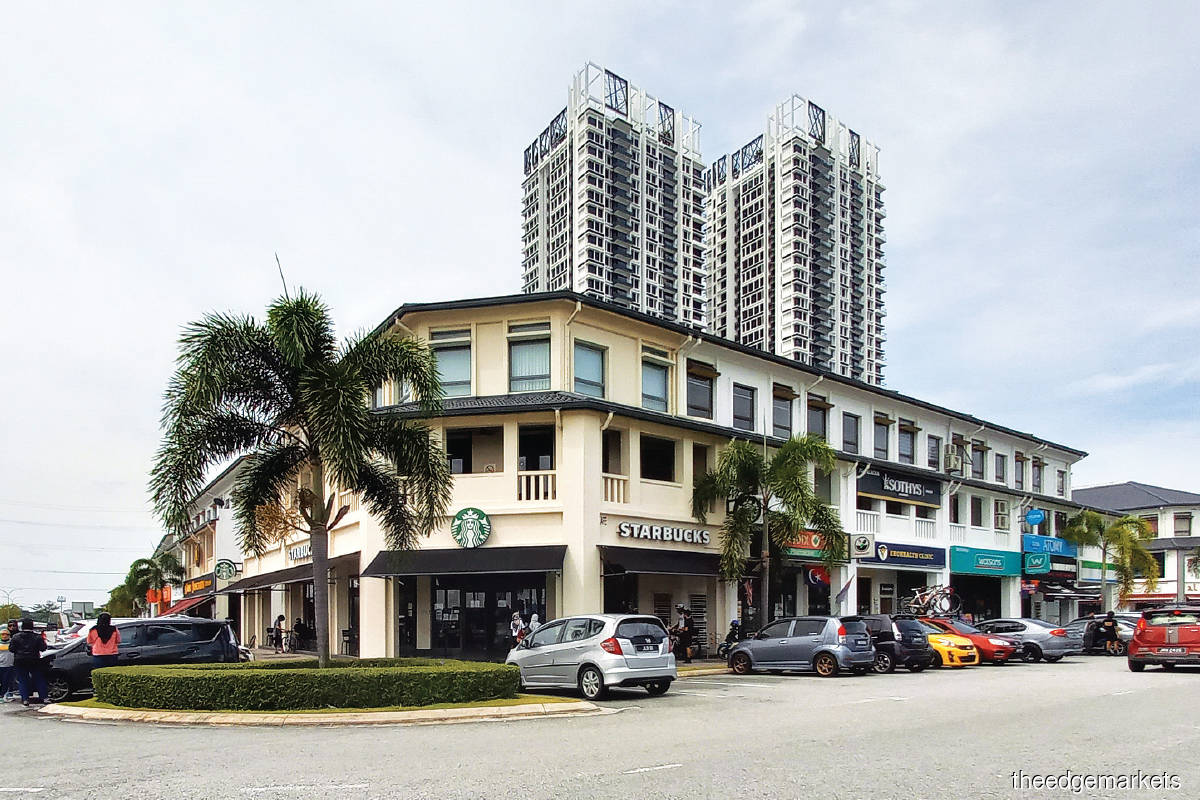 Quiet is how I would describe my first visit to Eco World Development Group Bhd’s Eco Boulevard a few years ago. There were hardly any people or cars then and the fairly new shopoffice development was located some distance from the known hotspots in Johor Baru.

Eco Boulevard, which has a gross development value of RM440 million, is a commercial hub in Eco Botanic City, Iskandar Puteri, where one can find 3-storey shopoffices with an English-country house-influenced design.

My recent visit to Eco Boulevard was markedly different, though — the place was bustling with activity. How things have changed! Groups of cyclists were taking a coffee break at Starbucks and food delivery service riders were busy picking up orders from popular eateries such as Mat’am Al Barakah and Mamu Junction Restaurant, and diners were back at the famous chicken chop stall Restoran Hua Mui and the aesthetically pleasing 6D Cafe, among others. It is obvious that the people of Johor have longed for the resumption of social life, which was brought to a halt by the Movement Control Orders (MCOs). With Johor entering Phase 4 of the National Recovery Plan, more people are starting to patronise once again the retail shops at Eco Boulevard, which also include offerings such as grocery, lifestyle services, pharmaceutical, electronics and fashion. Some well-known names are FamilyMart, 99 Speedmart, 7-Eleven, Watsons, Guardian and Caring Pharmacy.

KGV International Property Consultants executive director Samuel Tan says Eco Boulevard attracts not only residents of Eco Botanic City but also those from the surrounding townships and industrial parks as well as students and employees of EduCity and Kota Iskandar. The other end of Jalan Eko Botani 3/3

“The various MCOs affected the businesses but we are slowly seeing some recovery. As the economy improves and the population increases in this area, we expect the demand for space here to increase too. F&B and lifestyle services will predominate here, in line with the profiles of the local residents,” Tan notes.

The 3-storey shopoffices are part of a master plan that anticipates a trend towards green development. Eco Botanic City is located in the heart of Iskandar Puteri, with Eco Boulevard situated near the township’s residential homes called The Verandah and The Chateau as well as The Aristo Clubhouse. The commercial hub is easily accessible via the Johor Bahru Eastern Dispersal Link Expressway, Coastal Expressway and Second Link Expressway. At the centre of Eco Boulevard is the Eco Nest serviced apartment and adjacent to the shopoffices is Eco Galleria, a high street mall, which is set to open soon. Tan says the University of Southampton is the anchor tenant, occupying 150,000 sq ft at Eco Galleria and whose new multi-storey campus can accommodate up to 2,000 students.

Phase 2 of Eco Botanic City will have a wider catchment area for businesses in Eco Boulevard, Tan says. “Eco Botanic Phase 2 is offering 2-storey terraced houses with prices ranging from RM500,000 to RM800,000. It targets the middle 40% (M40) income group and those who are first-time homebuyers. The response is very encouraging, with The Tate series being fully sold. The developer will be opening registration for the 30ft by 60ft Garden Homes, The Bromborough, soon.”

With the upcoming developments surrounding the commercial hub, it is no surprise that Eco Boulevard is becoming a sought-after hotspot in Iskandar Puteri.