Stories Of The Year: Malaysia should learn from missing out on Grab 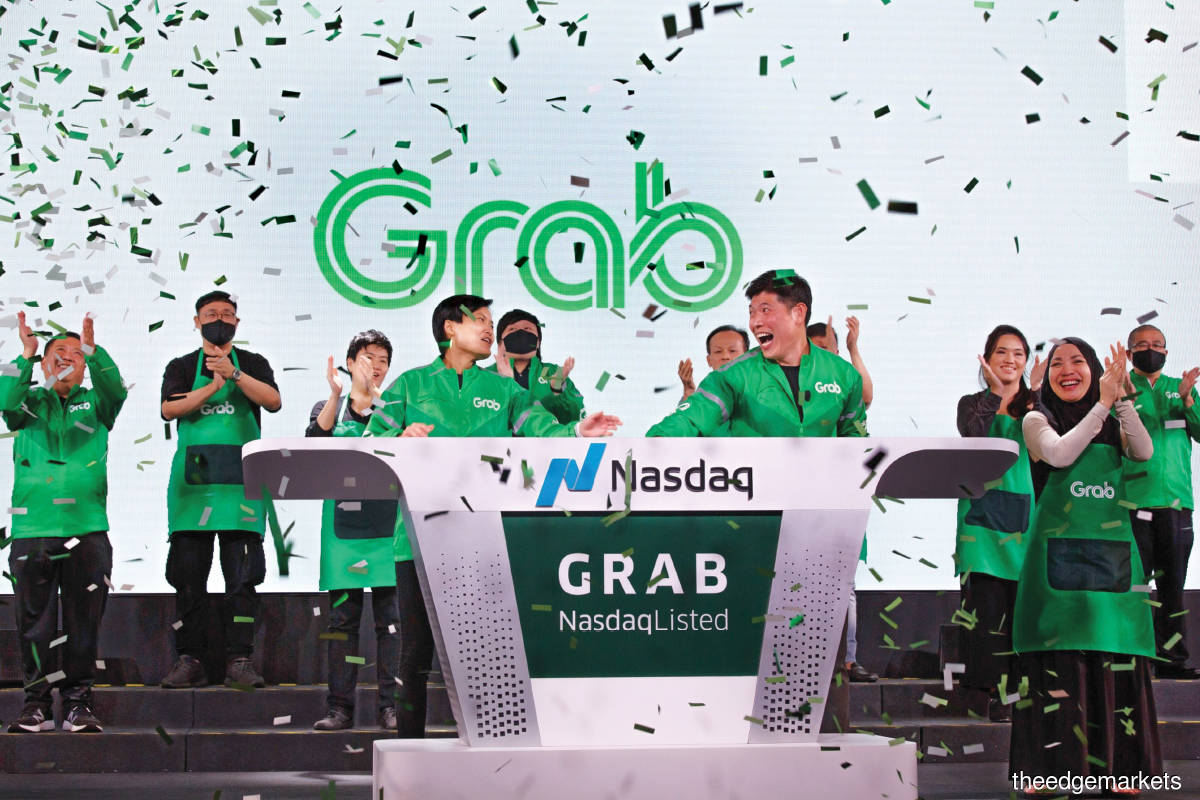 Hooi Ling and Anthony at the bell-ringing ceremony as Grab began trading on Nasdaq on Dec 2. The company moved its headquarters to Singapore in 2014 because of its well-developed ecosystem for start-up funding. (Photo by Bloomberg)

THE listing of Grab Holdings Ltd on Nasdaq as a Singapore-headquartered company serves as a lesson for Malaysia that it will keep losing its best talents and companies if there are no comprehensive and concerted efforts to keep them in the country.

It is widely known that Grab originated in Malaysia, co-founded by two Malaysians who, while at Harvard Business School, worked on the business plan for a mobile app to connect those needing a taxi ride with taxi drivers nearest to them in the country’s “chaotic” local urban environment. The original iteration of the MyTeksi app was aimed at solving an issue unique to Malaysia — unreliable and sometimes unsafe taxi services.

However, as Grab expanded its range of services — from ride-hailing to food delivery and even financial services — and geographical footprint, the company needed funding. Naturally, as a Malaysian company, founders Anthony Tan and Tan Hooi Ling went to Malaysian funds and agencies for help.

But it is said that Khazanah Nasional Bhd at one point rejected Grab’s application for funding. Instead, Khazanah then decided to invest in Uber, a ride-hailing company founded by an American and a Canadian, based in California in the US. In 2018, Uber exited the region when it sold its business to Grab in exchange for a 27.5% stake in the latter.

It is ironic that Malaysia missed out on Grab when the country has long been focusing on developing local industries and talents. While Malaysians have been plying their trade overseas for years in search of greener pastures, it is rare for a Malaysian company to pack up and leave.

At the merger valuation with special purpose acquisition company Altimeter Growth Corp of US$40 billion, Grab is worth more than Malayan Banking Bhd, the most valuable company listed on Bursa Malaysia.

So how did we get here?

“It is about whether we as a country are able to provide the necessary support for start-ups, especially those in the tech sector.

“I believe the reason why Grab left for Singapore is that they didn’t receive the necessary assistance, support and regulatory predictability in Malaysia for them to go regional,” says Tricia Yeoh, CEO of the Institute for Democracy and Economic Affairs in a phone call with The Edge.

Founded in 2012, Grab, then MyTeksi, received the backing of Cradle Fund Sdn Bhd, a government-owned, early-stage programme. However, as the company grew bigger, and typical of start-ups which burn cash at the initial stage of growth, it required a lot more investments.

While it is not clear how far Anthony and Hooi Ling went to try to secure investments from Malaysian investment funds and start-up programmes, in 2014, the company decided to move its headquarters to Singapore.

One thing is for sure though — a Singaporean venture capitalist (VC) had the vision that Grab would be even bigger than Tan Chong Motor, the automotive group founded by Anthony’s grandfather.

The venture capitalist, Chua Joo Hock, managing partner of Temasek Holdings-backed Vertex Venture Holdings, told Anthony and Hooi Ling that in order for Grab to grow big, they had to move their headquarters to Singapore. And apparently, it was not hard for Chua to sell that idea to them.

Among the advantages of being based in Singapore is that start-ups receive government subsidies and tax breaks, but more importantly, the city state also has a well-developed ecosystem for start-up funding that helps attract international financiers and bring higher valuations for public offerings.

This demonstrates the draw that Singapore, with its well-established financial and regulatory ecosystem, has for entrepreneurs. True enough, after Grab moved to Singapore, the company received attention from many of the world’s biggest VCs.

This included a US$250 million Series D fundraising in December 2014 from Tiger Global Management LLC, an American private equity firm, as well as SoftBank Capital. The fundraising valued Grab at US$1 billion, making it a unicorn, a start-up company valued at at least US$1 billion.

To be fair, Malaysia is not short on investment funds. Apart from Cradle Fund, Khazanah itself has a venture capital arm called Xeraya Capital, although this fund is focused on medical technologies, pharmaceutical biotech as well as bio-renewables.

Malaysia is also home to Creador, a private equity firm headed by Brahmal Vasudevan that invested in two companies that were floated on Bursa Malaysia, namely Mr DIY Group (M) Bhd and CTOS Digital Bhd, in the last two years.

And there is Malaysia Venture Capital Management Bhd (MAVCAP), the largest VC firm in the country, which together with partners such as 500 Global, Gobi Partners, the Employees Provident Fund and Axiata Digital Sdn Bhd, invested in companies like Carsome, Bukalapak and even Grab, through various funds.

Malaysia’s only Fortune 500 company, Petronas, has also launched its own VC arm called Petronas Ventures to invest in breakthrough technologies and innovative business models in support of the group’s business growth and sustainability agenda.

Nevertheless, Singapore’s infrastructure, ecosystem and status as a financial, trade, technology and digital hub in Southeast Asia matches Grab’s ambition to grow regionally, and this is something that Malaysia could not offer to the group.

Moving down south has helped Grab tremendously. The influx of investments from VCs has enabled it expand regionally, and it is now present in over 400 cities and towns across Southeast Asia.

In the third quarter of 2021, Grab reported 24.8 million normalised group transacting users monthly, handled over US$4 billion of gross merchandise value (GMV), and had gross billings of US$616 million, which was 41% more than the same quarter in 2020.

The group is still loss-making, reporting a net loss of US$988 million in 3Q2021, almost 60% more than the losses in the corresponding quarter in 2020. Its revenue in the quarter was US$157 million, which was 9% lower year on year.

Despite the losses at Grab, its promoters are selling it as the proxy to Southeast Asia’s burgeoning digital economy growth. The region is on the cusp of a digital revolution, with Google, Temasek and Bain & Company forecasting a GMV of US$1 trillion by 2030 in their latest e-Conomy 2021 report.

How did Singapore become the start-up hub it is today?

While some may say start-ups naturally gravitated towards Singapore because of its status as a financial and trade hub, this was not always the case. Its success was developed through the years through persistence.

An article written by Claudia Chong of Singapore’s Business Times in May, when Grab’s merger with Altimeter started, explains the city state’s journey in building an ecosystem for entrepreneurs, especially those in the tech space, to thrive in.

It went through many stages of evolution, from the government setting up a US$1 billion fund to attract VCs, to sending out their best and brightest students to entrepreneurial hubs of the world to learn the ropes.

These efforts created an ecosystem where funding comes from many local VCs backed by the Temasek brand name and firepower, as well as international funds. In the meantime, the country encouraged the setting up of new digital and technology enterprises.

“It all boils down to having a vision for the country, and the determination to stick to that vision for 10, 20, or even 30 years down the road because that might be the length of time required for Malaysia to develop the financial and regulatory ecosystem that Singapore has.

“Between that time (when Grab made the move to Singapore) and now, there may have been changes to our financial and regulatory ecosystem, but have they progressed quickly and deeply enough to truly match other regional hubs?

“And if not, what is stopping us from ­doing so?” asks Yeoh of IDEAS.