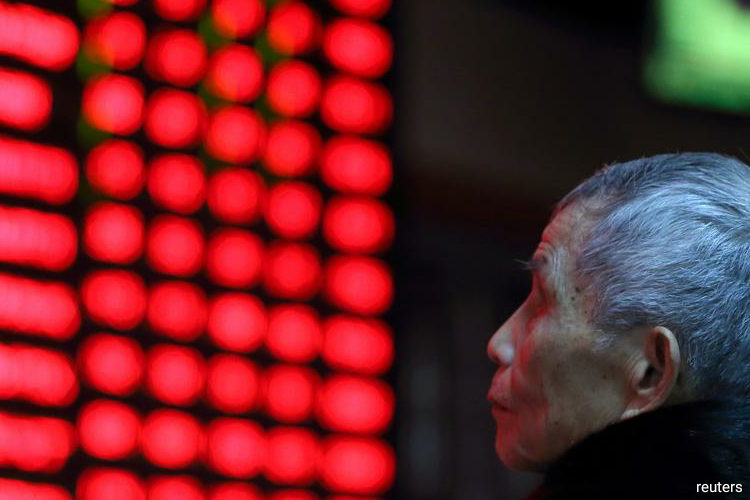 TOKYO (Jan 15): Stocks slipped in Asian trade on Wednesday as investors awaited the signing of an initial U.S.-China trade deal, with sentiment somewhat dented by comments from the U.S. Treasury Secretary that tariffs would remain in place for now.

Treasury Secretary Steven Mnuchin said late on Tuesday that the United States would keep in place tariffs on Chinese goods until the completion of a second phase of a U.S.-China trade agreement, triggering some profit-taking in risk assets.

The news came hours before the signing of a preliminary trade agreement to ease an 18-month-old trade war between the world’s two largest economies.

“We should not expect further tariff relief until after the November presidential elections, suggesting today’s agreement is probably as good as it gets for 2020,” said Tapas Strickland, director of economics at National Australia Bank in Sydney.

He added that Mnuchin’s comment didn’t come as a total surprise to the market and the underlying sentiment should remain intact.

U.S. Treasury yields ticked down as investors took stock of weaker-than-expected consumer prices and the expected signing of the interim trade deal, with the benchmark 10-year note yield falling to 1.807%. [US/]

Markets were also weighing the impact of the U.S. government nearing publication of a rule that would vastly expand its powers to block shipments of foreign-made goods to China’s Huawei, as it seeks to squeeze the blacklisted telecoms company, two sources said.

In the currency market, the Japanese yen, often perceived as a safe haven, reversed earlier losses against the dollar as news U.S. tariffs would remain on Chinese goods through the U.S. election hurt risk sentiment.

The yen was last changing hands at 109.90 yen to the dollar, a shade firmer on the day, after hitting its weakest level in nearly eight months of 110.22 yen the previous day.

The euro was last traded at $1.1129 and the dollar index against a basket of currencies stood at 97.368, both steady on the day.

The offshore yuan weakened to 6.905 per dollar after rising to 6.865, the strongest since July 11, on Tuesday.

China’s central bank extended fresh short- and medium-term loans on Wednesday but kept the borrowing cost unchanged, as it seeks to maintain adequate liquidity in a slowing economy.

Oil prices slipped on Wednesday on worries that the pending Phase 1 trade deal between the world’s two biggest crude users may not lead to more fuel demand as Washington intends to keep tariffs on Chinese goods in place. [O/R]

Concerns about increasing supply also pressured prices after a government report on Tuesday said that output from the United States will increase in 2020 by more than previously forecast.