Wintoni Group Bhd (+ve)
WINTONI (Fundamental: 1.95/3, Valuation: 0.3/3) has seen its price and volume surge since two weeks ago, with the stock hitting a 52-week high of RM0.18 yesterday. It was one of the most actively traded stocks yesterday with 104.0 million shares transacted.

Formerly known as Winsun Technologies, Wintoni is engaged in providing business solutions and design for automation systems in China and Malaysia. Since FY2010, Its annual revenue has hovered around RM11.4 million to RM16.6 million, with net losses of between RM1.3 million and RM4.4 million.

For the first nine months of 2014, the company managed to recover into the black with net profit of RM1.8 million, from losses of RM1.6 million in the same period last year. Revenue increased 65.6% to RM18.0 million, thanks to its new wireless mobile application business acquired in March 2014. 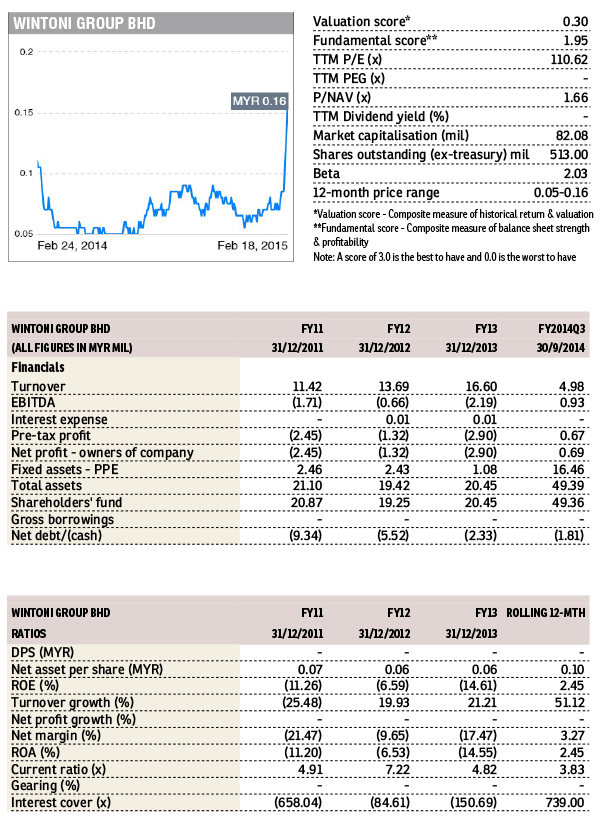