Teo Seng Capital Bhd
Poultry player Teo Seng’s share price has soared 21% over the past two weeks, extending a rally since July 2014 that has seen its share price rise 150%.

The trigger back then was news that a 15% block held by Koperasi Permodalan FELDA was sold off-market on 23 July 2014. However, there has been no announcement on who the buyer was.

The only other development since then was it secured an exclusive distributorship for ‘THEOs Natural Core’ and ‘Finiki’ pet food products in Malaysia, Singapore and Brunei.

Teo Seng’s rally also coincided with an increase in interest in poultry stocks. The company’s financial performance has been positive, with turnover doubling since 2010 to RM330 million in 2013, while net margins in 1H2014 almost doubled to 11.2% from 6.6%.

The stock trades at a premium though, at 3.2 times book with a trailing 12-month P/E of 15 times. 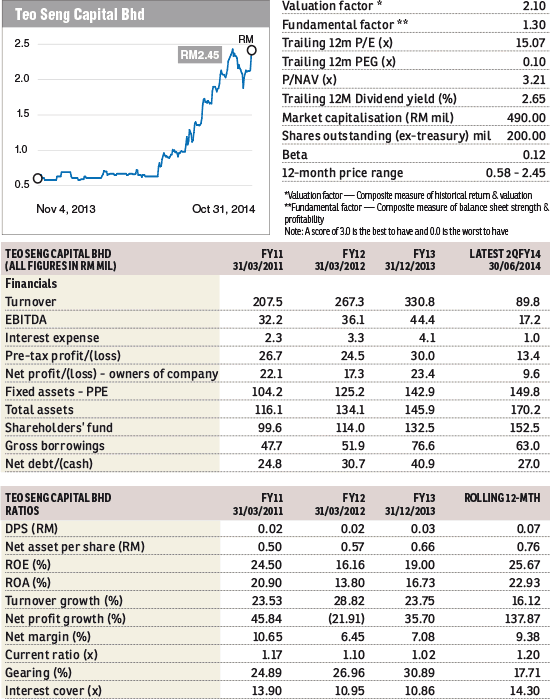