Taliworks Corporation Bhd
Water treatment remains Taliworks’ (TCB) biggest revenue contributor at 53.2% (2013), though the business is undermined by continued delays in receivables, amounting to RM313.2 million as at September 2014. Meanwhile, losses for the Waste Management segment in China widened to RM23 million from RM18 million in 2012.

TCB appears to be focusing on infrastructure projects to boost earnings. It reorganised the toll road division, which saw the EPF taking an effective 32% stake in TEI Sdn Bhd. The latter holds a 55% direct stake in Cerah Sama, which owns and operates the concession for Cheras-Kajang Highway.

It should be noted that TCB’s net profit for 3Q14 included RM272.7 million one-off gain on re-organisation, without which net profit would only be RM7.7 million. 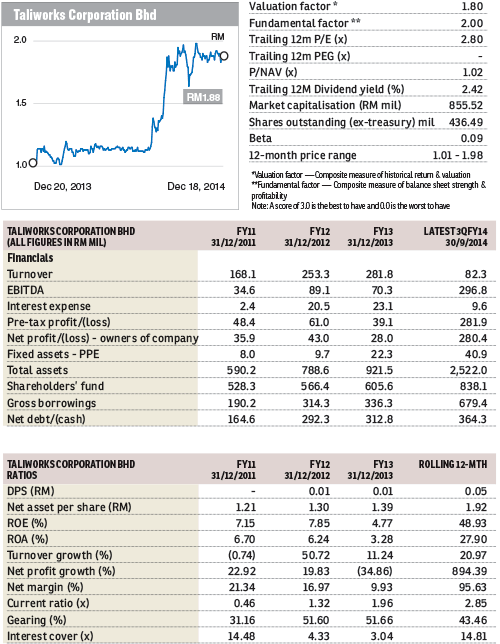