Over the past five years, Raya has seen numerous changes in its shareholdings and directors.

Notably, the company has had five different Executive Directors and two Managing Directors (MD) at its helm.

2014 saw the emergence of the new MD, who is also a substantial shareholder with a 14.2% direct and indirect stake. Under the new management, Raya proposed to dispose of its land with a three-storey office block annexed to a warehouse for RM8.3 million.

Disposal proceeds would be used to repay borrowings and for working capital requirements. It is unclear as yet what plans the management has for Raya going forward. 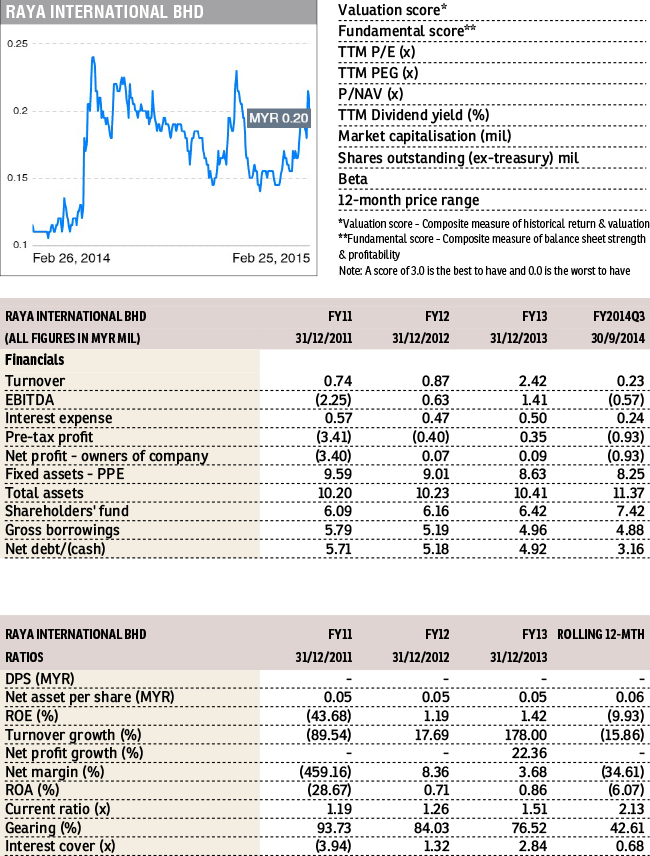