Kuantan Flour Mills Bhd
Kuantan Flour Mills (KFM) is a company that has seen its financial performance slide over the years. KFM has been loss-making over the last four years with annual net losses ranging from RM1 million to RM7.8 million. Notably, its revenue has fallen every year, and has halved over the last five years — from RM86.3 million in FY March 2010 to RM41.7 million in FY2011.

KFM is a flour miller, but is relatively small in the industry with a market capitalisation of just RM34.6 million. As such, it has been facing intense competition from the bigger players, squeezed margins from escalating raw material prices and lacks economies of scale.

In the last two quarters however, it has managed to turn around, albeit modestly. In 1FY2015, net margins were positive at 5%, although revenue decreased from RM 10.97 million to RM9.69 million. The stock is trading at two times book. 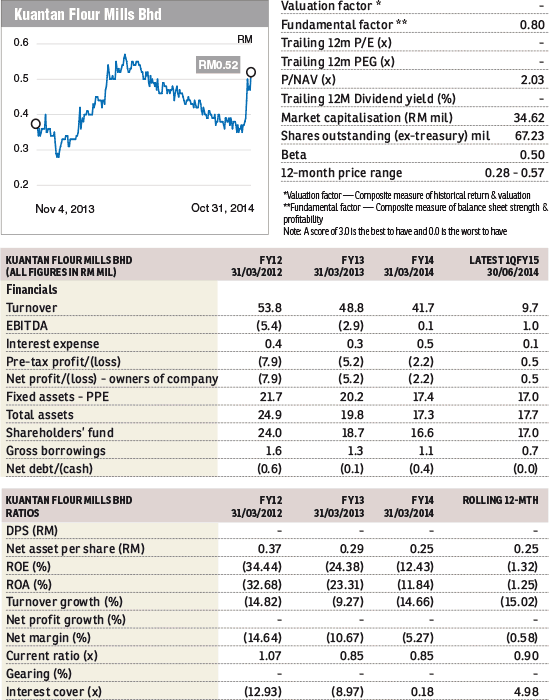