In FYJune14, the Shipping and Marine Services segment contributed 51% of Harbour’s revenue, followed by the Logistics Services and Equipment Rental segment with 32.2%. The Engineering Works and Property Development segments made up the remainder.

Harbour’s revenue increased from RM357.1 million in FY11 to RM457.6 million in FY14. Pre-tax profit (PBT) mirrored this trend, rising from RM20.2 million to RM51 million over the same period, save for the drop to RM17.6 million in FY13, due to one-off goodwill impairment of RM25.6 million. 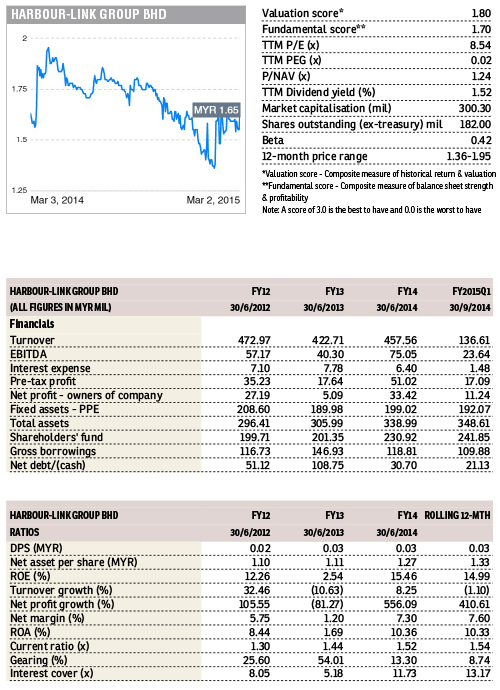