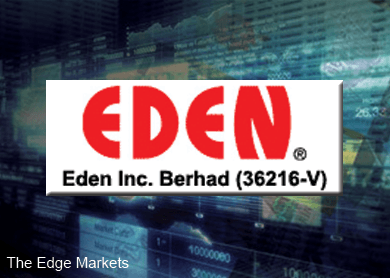 Share prices for Eden (Fundamental: 0.35/3, Valuation: 0.9/3) rebounded strongly, by 37.8% to 31 sen, this month from its one-year low. Prices fell through the better part of 2014 on the back of three consecutive loss-making quarters.

Eden operates a power plant in Sabah and a mini hydro plant in Kelantan. Other businesses include catering, operations of restaurants and aquariums and manufacturing of low-voltage switchgears. It has also invested in 541.2 acres of vacant industrial lands in Kuantan, which has a book value of RM192.4 million.

For 2014, revenue slumped 23.9% to RM69.7 million. Extensive flooding in Kuantan last year affected the operations of its power plant. Net loss widened to RM9.2 million from RM6.8 million in 2013. Gearing stood at 51.2% and the company has negative interest coverage.

The stock is trading at only 0.35 times book value, likely due to its poor financial performance. No dividend was declared for the past five years. 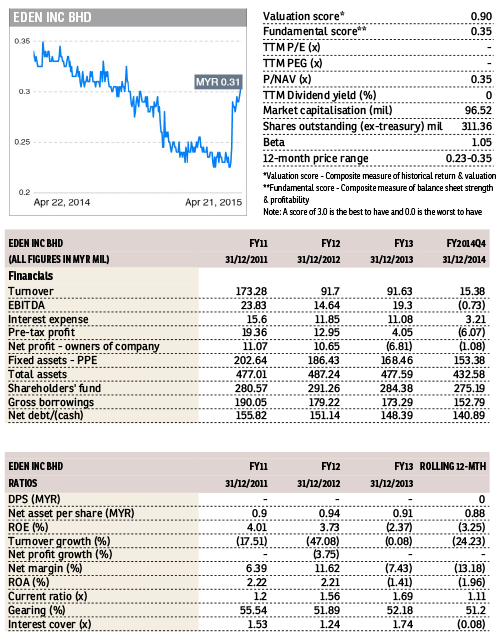