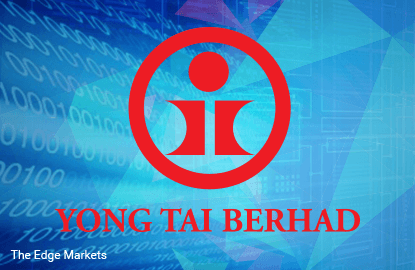 Yong Tai (Fundamental: 0/3, Valuation: 0/3) was ‘Red Flagged’ by our system, due to its weak fundamentals. This suggests that investors should exercise extra caution while trading.

The stock, which resumed trading yesterday — after being suspended on Monday pending an announcement — rose as much as 3.8% in earlier trading before closing 5.8% lower at 73.5 sen.

On Monday, Yong Tai announced that it had entered into separate MOUs with five vendors. Through the MoUs, Yong Tai would launch five property projects with a combined GDV of RM7 billion over the next eight years in Malacca, Klang Valley and Johor. Notably, the development projects in Malacca have potential GDV of RM6.3 billion.

The proposals will complement its recent venture into property development, with its maiden project of a luxury condominium in Melaka.

Currently, Yong Tai is mainly involved in manufacturing, dyeing and finishing of fabrics. It also retails garments under the brand name Emilio Valentino. 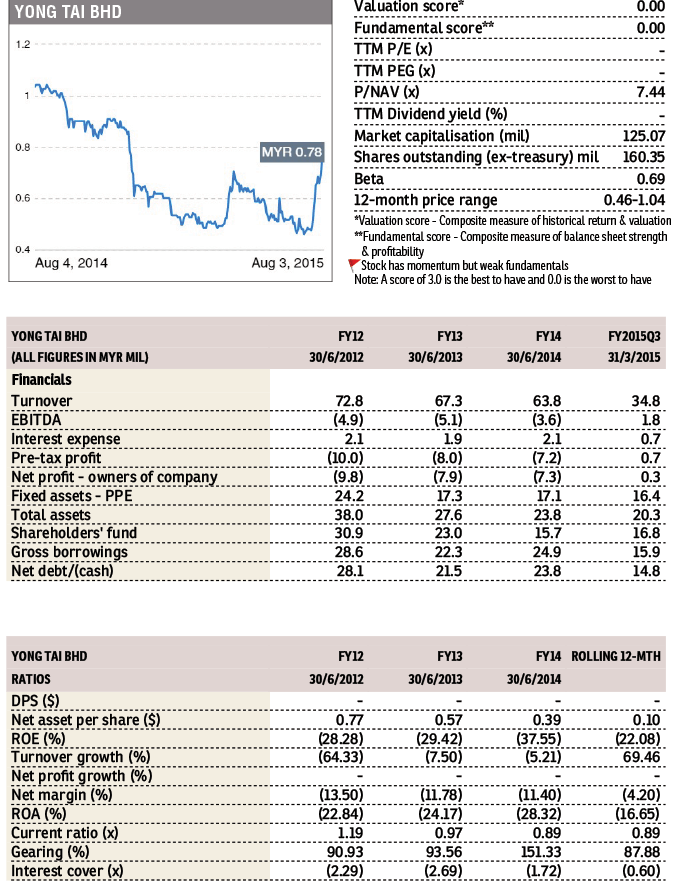