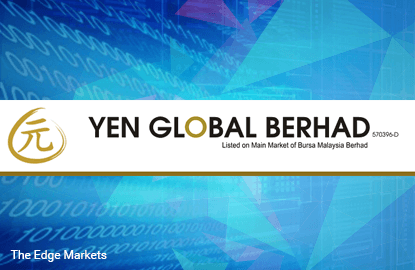 Yen is involved in manufacturing, design, distribution and retail of apparel under brands Edwin, Mustang Jeans and GA Blue. The company is diversifying into telecommunications business, specifically the wholesale international voice minutes segment to return the company into the black.

The company had acquired the entire equity interest of VLT Wholesale Sdn Bhd for RM100,000 on Dec 31, 2015. Last Friday, executive director Lim Boon Hong told reporters after the company’s annual general meeting that contributions from VLT is expected to kick in from 2QFY2016 and hopes to return to profitability by FY2017 with its move into the telco sector. 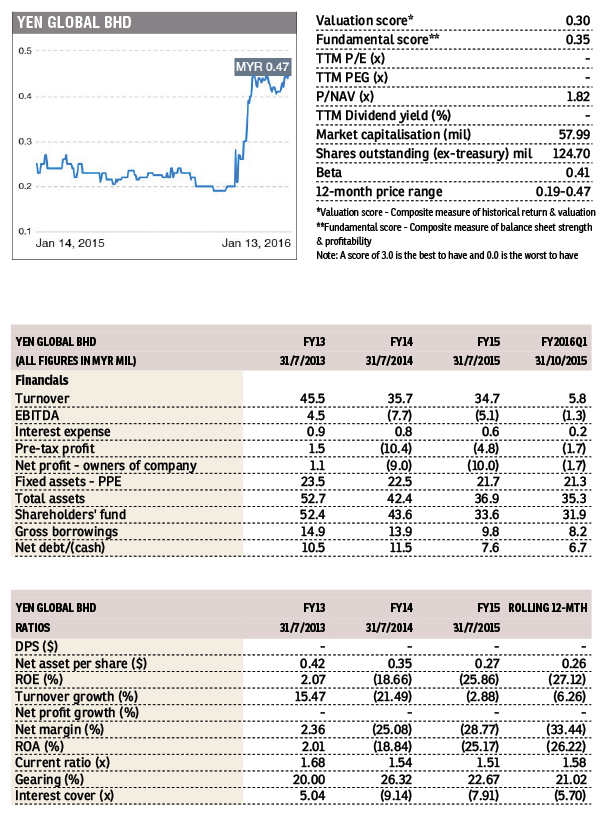