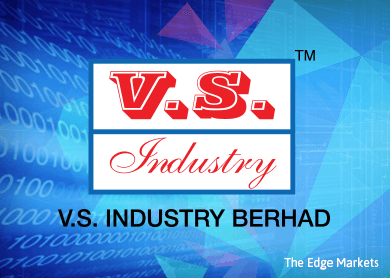 VS (Fundamental: 1.3/3, Valuation: 1.1/3) triggered our momentum algorithm for the fifth time in September yesterday, after releasing its 4QFYJul2015 results on Tuesday. The stock closed 2% lower at RM1.44. Year-to-date, however, VS has tripled from 48 sen.

For FY2015, revenue grew 12.9% to RM1.9 billion, while net profit more than doubled to RM132.7 million, mainly attributed to better sales mix for its Malaysian operations as well as forex gains of RM37.7 million.

Concurrently, the company declared a fourth interim dividend of 1.2 sen and proposed a final dividend of the same amount. This brings total dividends for FY2015 to 4.8 sen (adjusted for a 5-for-1 share split), up from 2.3 sen in FY2014. At current price, the dividends return a decent net yield of 3.3%.

To recap, VS, an electronic manufacturing services (EMS) provider, mainly manufactures electrical and electronic products for multinational corporations from the US, UK, Europe and Japan. Key products include single-cup coffee brewers, high-end vacuum cleaners and automotive components. Export accounted for some 67% of sales in 2014, with US being the largest export market at 29.2%, followed by China with 18.8%. Other markets include Europe and Indonesia.

Last month, the company completed a 1-to-5 share split — it now has 1.16 billion shares outstanding. 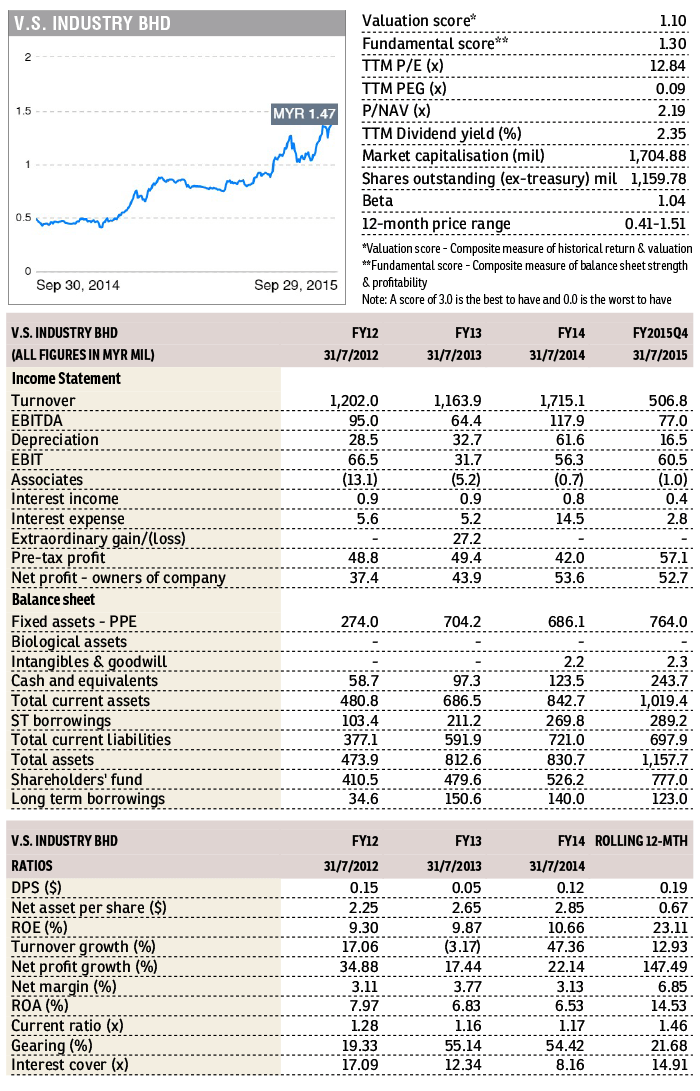