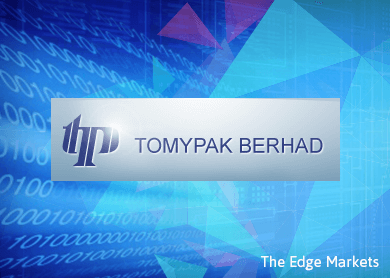 The Johor-based company manufactures flexible food packaging materials for powdered beverages, seasoning, sauces, snacks, instant noodles and pet food. Its main clients include Nestle, Maggi, Kraft Foods and Apollo Food Industries. In 2014, it derived 57% of its revenue from export markets with the rest from the domestic market.

Last October, Tomypak saw the entry of a new shareholder Yong Kwet On, with 25.48% stake. The company then appointed its Executive Director Lim Hun Swee, as its Managing Director on January 1, 2015, replacing the outgoing founder Chow Yuen Liong. Lim has increased his shareholding in Tomypak to 15.3% as at end-August 2015, from 13.4% prior to his appointment.

Moving forward, the company plans to double its current annual production capacity to 35,000 tonnes by building a new factory in Senai, Johor. The factory, targeted for completion by end-2016, allows Tomypak to cater to new markets and meet its growing clientele’s needs.

As at end-June, the company’s gearing stood at a low 3.3%. So far, the company has declared dividends twice for 2015, totaling 4 sen and yielding investors 2.1%. 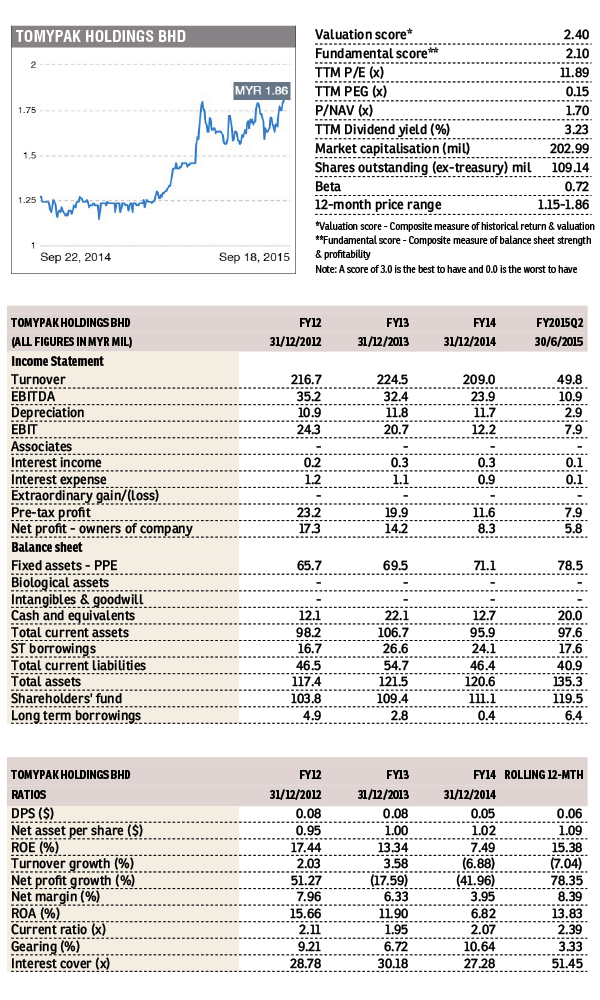