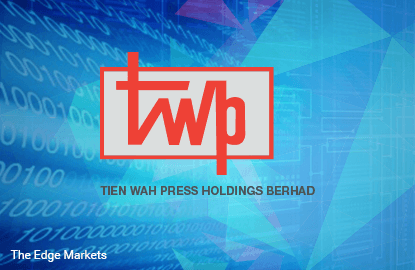 This article first appeared in The Edge Financial Daily, on January 11, 2016.

Tien Wah is primarily engaged in the printing services for tobacco packaging and cigarette filters. Most of its revenue were derived from export markets with only 18.8% coming from the domestic market.

For 3QFY15, net profit jumped by 74.1% y-o-y to RM22.2 million, due to higher contribution from an associate and lower depreciation charge. Revenue, however, grew by only 1.3% to RM270.3 million, on increased sales from a major customer and the stronger USD.

The company is trading at trailing PE of 12.09. 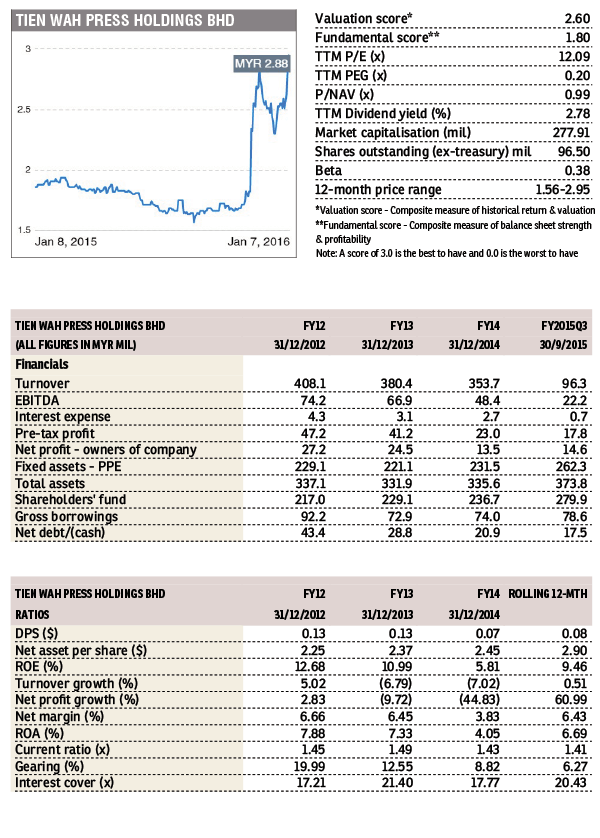