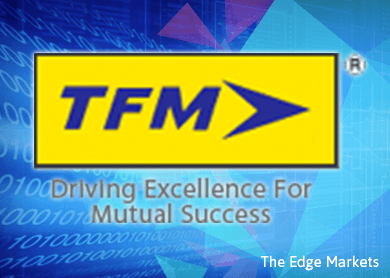 THINLY-traded Techfast (Fundamental: 2.5/3, Valuation: 1.1/3) triggered our momentum algorithm for the first time since May. The stock rose 11.6% to close at 24 sen in active trade, with 7 million shares changing hands.

Techfast is mainly involved in manufacturing mould cleaning rubber sheets and LED epoxy encapsulant materials. This segment contributed 66.8% of 9M2015 revenues. The balance was contributed from the manufacturing of self-clinching fasteners.

For 3Q2015, net profits jumped an outsized 323.1% y-y to RM1.1 million on the back of a 4.5% rise in revenue to RM5.6 million. The improvement in margins was due to higher revenues and the strengthening US dollar.

Note that Techfast raised RM2.8 million from a private placement exercise on August 19. Some of the proceeds will be used to expand its fastener business in the US and Europe. The company also plans to expand the sales of rubber sheets and LED encapsulant products into China. 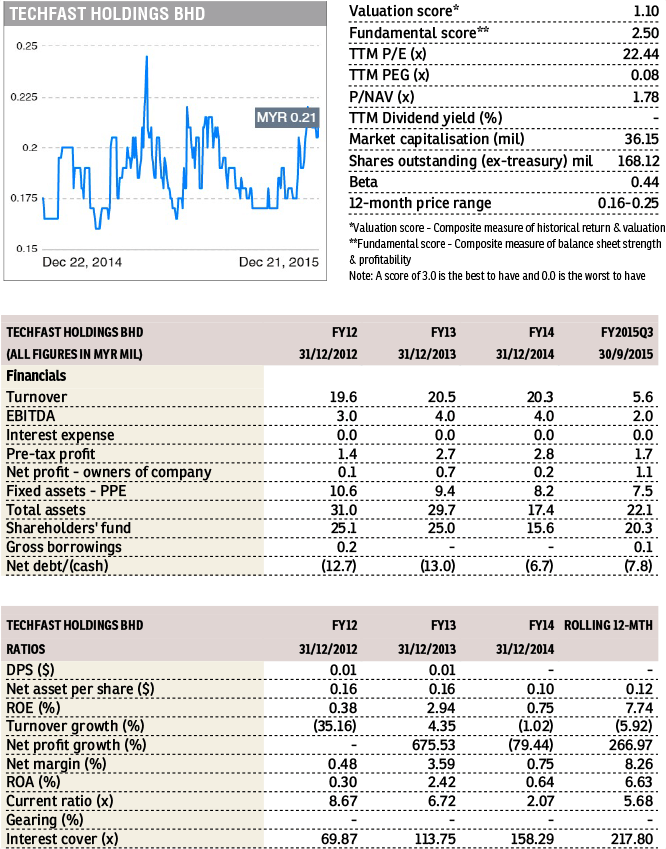