This article first appeared in The Edge Financial Daily, on March 9, 2016.

For 4QFY15, revenue more than tripled year-on-year to RM8.8 million from RM2.4 million, on contributions from property development totalling RM4.5 million. Net profit, however, was RM1.8 million compared to a net loss of RM9.3 million a year ago. The net profit includes gain on disposal of Tadmax Power Sdn Bhd amounting to RM6.1 million, while the net loss in 4QFY14 includes an impairment on receivable of RM5 million.

Going forward, the company expects revenue from its property business to improve significantly for 2016, underpinned by the development progress of its property project in Ganggarak Labuan. It is also in the final stages of negotiation to participate in a property development project. 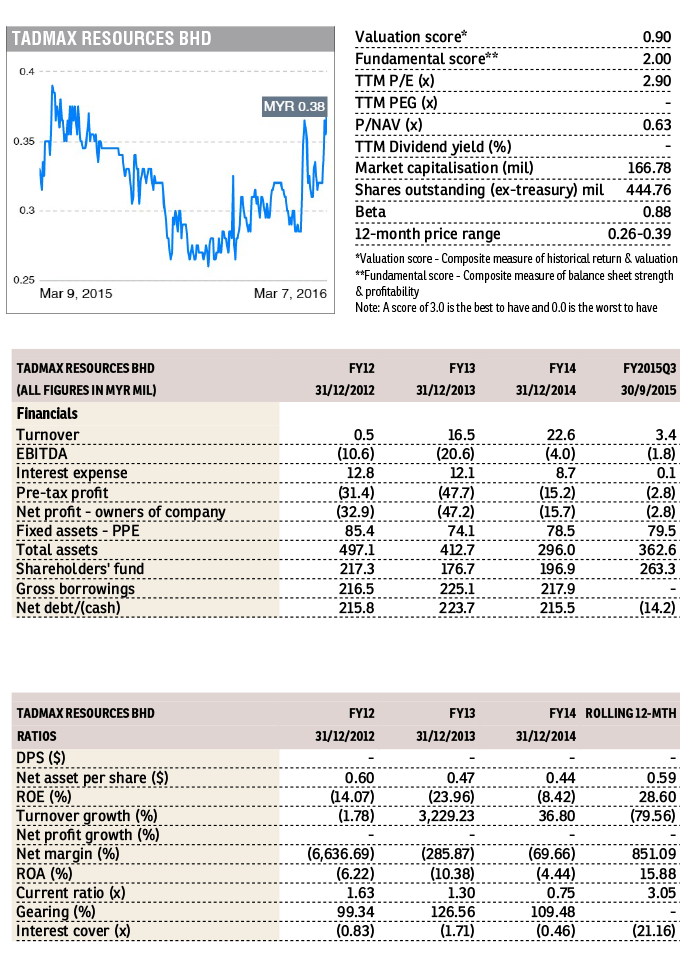