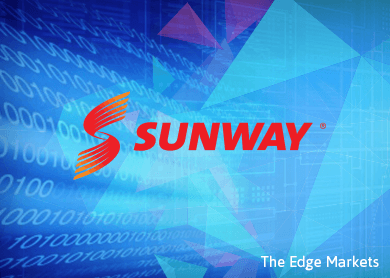 The company is in the process of listing its construction arm, Sunway Construction Group (SCG), by July 2015. Existing Sunway shareholders will get 1 share in SCG for every 10 shares held (ex-entitlement on May 6). The indicative offer price for SCG is RM1.10, valuing it at RM1.42 billion or 12.5 times historical P/E. At end-2014, SCG has outstanding orderbook of RM3.1 billion or 1.75 times total sales in 2014.

Sunway will also distribute part of the proceeds from listing to shareholders in the form of a special dividend, estimated at 22-25 sen per share.

Sunway, one of Malaysia’s largest property and construction companies, has a total landbank of 3,376 acres with potential GDV of RM50 billion. Unbilled sales stood at RM2.5 billion at end-2014. 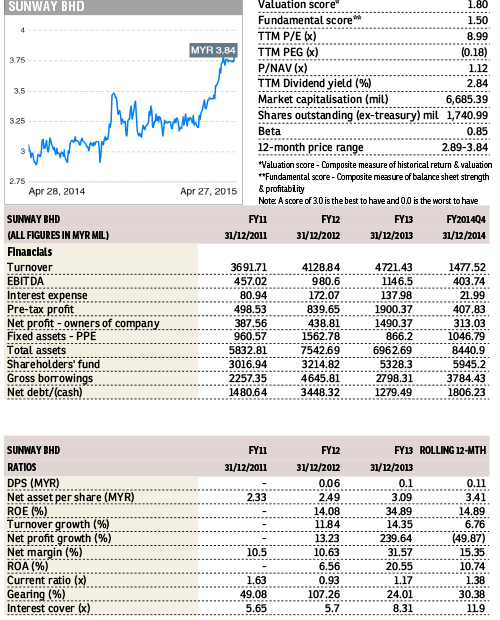