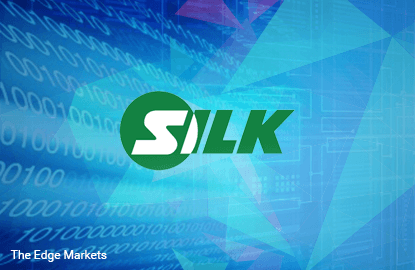 NEWS of a toll rate hike on Monday appears to have buoyed the shares of highway concessionaire SILK (Fundamental: 0.2/3, Valuation: 0.3/3). SILK, which operates the loss-making 37km Kajang-SILK Highway, has risen 6.5 sen or 13.4% since the news broke to close at 55 sen on Tuesday.

SILK announced that toll rates will rise by 80% for all vehicles (except buses) effective October 15. The hike is expected to have a positive impact on revenue in the medium to longer term. However, the company also cautioned that revenue will be impacted by a reduction in toll compensation paid by the government.

Recall that in 2014, SILK was in discussions to sell its highway assets for RM395 million cash to a subsidiary of IJM Corporation Bhd. The sale collapsed on November 24 that year after both parties could not come to an agreement.

The company trades at 1.96 times book and has net debt of RM1.6 billion.