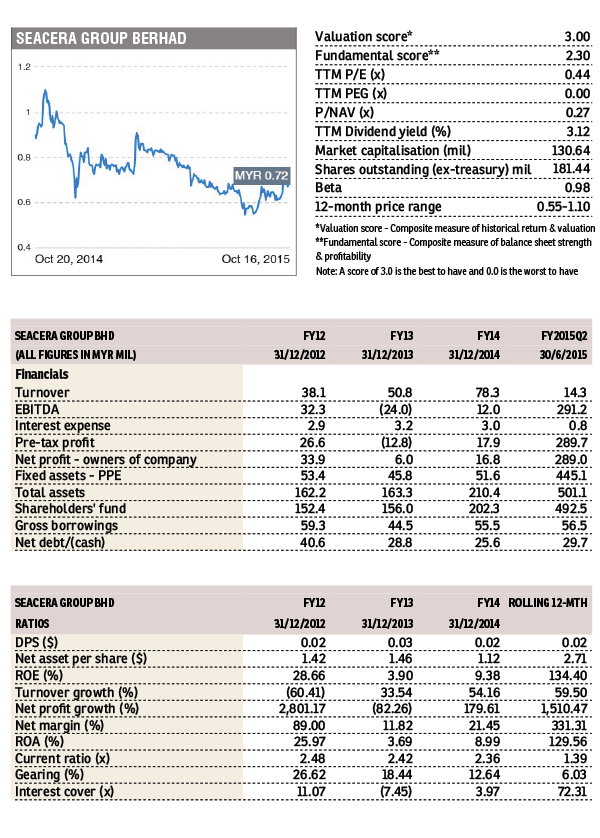 Originally involved in the manufacturing and trading of homogenous and ceramic tiles, Seacera diversified into construction and property development in 2014.

For 2Q2015, the company’s revenue dropped by 9.5% y-o-y to RM14.3 million, mainly due to a 45% sales decline in its tiles division to RM8.5 million. This was partially offset by RM5.7 million in new revenue from its construction operations. Meanwhile, profit before tax slumped 67.6% to RM0.59 million. Note that this excludes revaluation gain of RM289.0 million on Seacera’s 215.26 acres of land in Ulu Langat, Selangor.

Due to the revaluation exercise, the land is now worth RM394.0 million – about 3 times the company’s current market capitalisation.