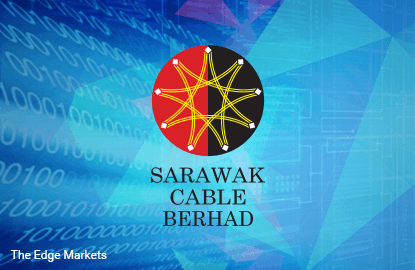 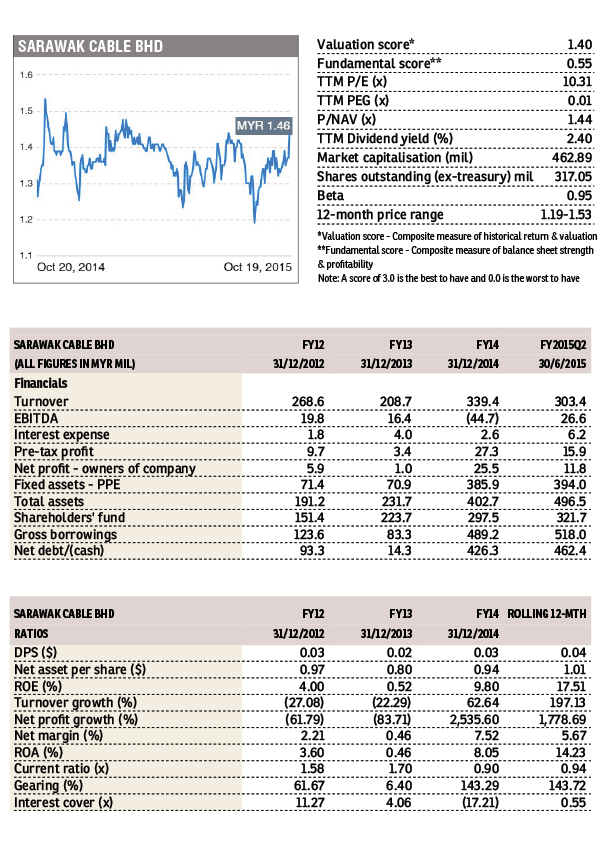 The company is mainly involved in the manufacture and sale of power and telecommunication cables as well as the construction of transmission lines.

For 1H2015, revenue almost quadrupled to RM647.0 million while net profit jumped 10-fold to RM23.7 million, up from RM2.3 million a year ago. The increase was attributed to higher contribution from ongoing projects and the consolidation of results of Universal Cable (M) Bhd and Leader Cable Industry Bhd, which were acquired last December.

Most recently, Sarawak Cable received a Letter of Acceptance from Sarawak Energy Bhd to design, supply, deliver, erect and commission the 275kV power transmission lines for Samalaju Industrial Park Phase 1 and 2 in Sarawak. The contract is worth RM19.1 million, or about 3% of 1H2015 revenue.