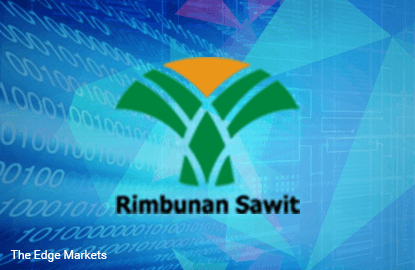 RIMBUNAN Sawit (Fundamental: 0.2/3, Valuation: 0.9/3) triggered our momentum alert for the first time yesterday, closing 1.5 sen lower at 53.5 sen. The stock has been ‘Red Flagged’ by our system, suggesting that investors should be cautious while trading, given its weak fundamentals and increased trading momentum.

Principally involved in oil palm cultivation and palm oil milling, the company has a planted land bank of 57,182ha in East Malaysia. Notably, some 31.6% of its plants are immature, which should provide future growth for the company.

For 1H2015, Rimbunan Sawit’s revenue declined 37.5% to RM77.4 million, owing to lower selling prices and sales volumes. As a result, the company suffered a net loss of RM25.7 million compared to net profit of RM6.4 million in the previous year. 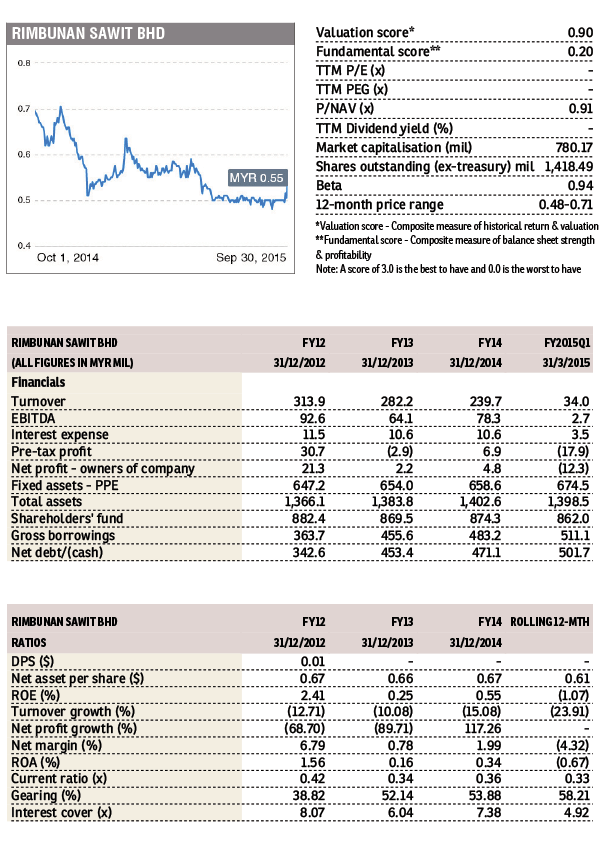