The low-profile company attracted investors’ attention on Nov 30 when it announced an interim dividend of 2.5 sen per share— its first dividend since 2011, giving a yield of 8.7%.

For its financial year ended March 31, 2015 (FY15), net profit jumped 18% y-o-y to RM5.9 million on the back of a 7% growth to RM91.9 million. The plastics company attributed the improved performance to the pre-goods and services tax buying rush and lower crude oil prices, which lowered raw material costs.

However, the company expects a challenging FY16 due to weaker domestic demand and ringgit. For 1HFY16, net profit declined 17% y-o-y to RM0.7 million, affected by a 22% drop in sales and higher operating costs.

The stock trades at a trailing P/E of 9.7 times and half its book value. 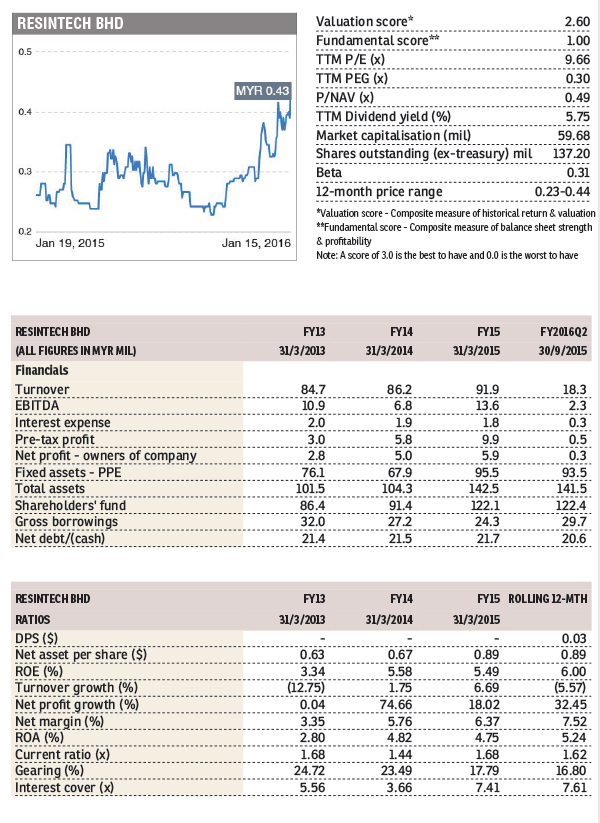