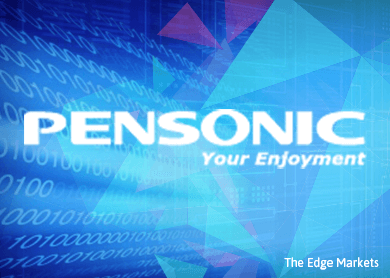 This article first appeared in The Edge Financial Daily, on October 5, 2015.

PENANG-based Pensonic (Fundamental: 1.1/3, Valuation: 2.4/3) was first picked by our momentum algorithm on July 21. Since then it has risen 22.9% to close at 58 sen last Friday. Volume was noticeably heavy with 7.1 million shares changing hands.

Pensonic manufactures and sells electronic and electrical home appliances. The company derives 66.1% of its sales domestically with the balance from other Asian and Middle Eastern countries.

For FYMay2015, revenue increased 3.9% y-o-y to RM388.4 million driven by a 24.8% growth in export sales. This helped to mitigate the 4.3% slump in domestic sales. Excluding a RM8.5 million gain on property disposal, pre-tax profit increased by nearly 5-fold to RM9.2 million due to operational efficiencies.

Whilst gearing is high at 56%, bulk of its borrowings is tied to banker’s acceptance — a short-term trade financing facility. The stock trades at a trailing 12-month P/E of 4.4 times and 0.7 times book. 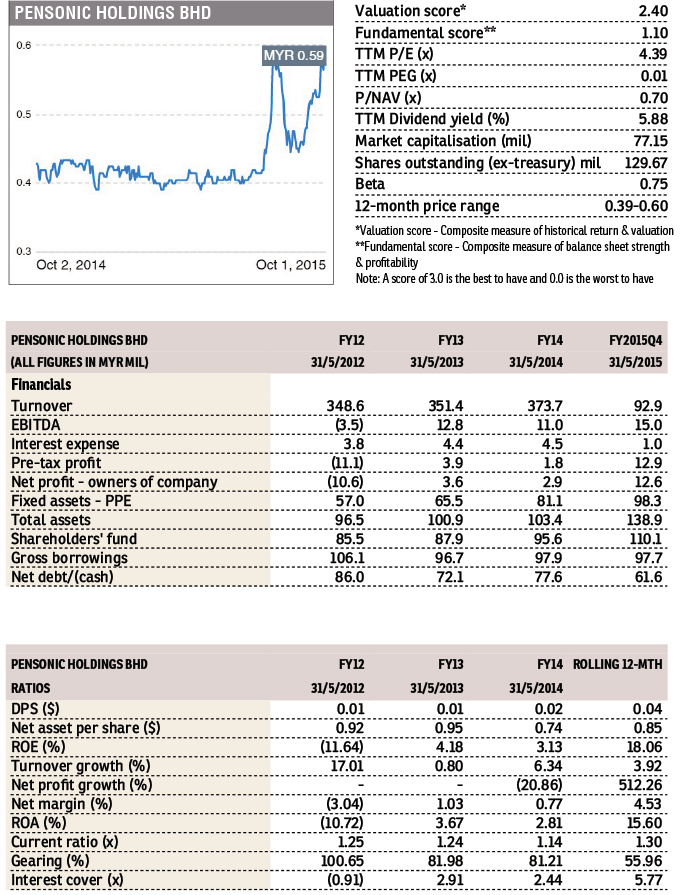