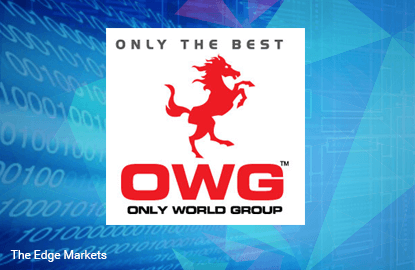 This article first appeared in The Edge Financial Daily, on December 31, 2015.

SHARES of OWG (Fundamental: N/A, Valuation: N/A) triggered our momentum algorithm for the second time this month, dropping 0.7% to an all-time high of RM3.03 yesterday.

According to The Edge Financial Daily, OWG expects to seal an investment deal in the upcoming months. OWG, which aims for a 50% growth in revenue for FYJun2016, is targeting its new theme parks and food service outlets at Komtar tower in Penang to be operational by April or May next year.

OWG is primarily involved in the operation of food service outlets and central kitchen, which accounted for 73.8% of FY2015 revenue. The company also operates water amusement parks and family attractions in the Klang Valley and Genting Highlands. 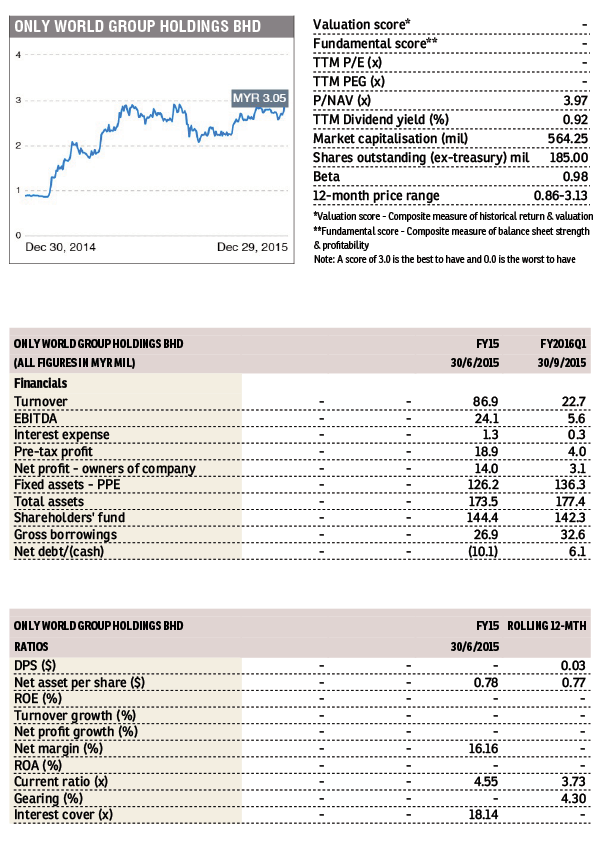