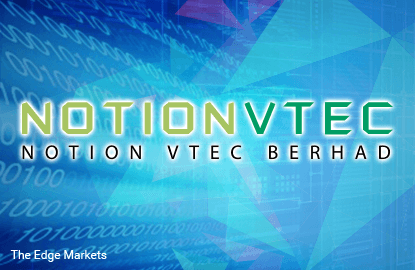 Today is the last day for its warrantholders to exercise their warrants (NOTION-WA). The warrants are currently out of money, selling at 204.2% premium.

Notion was loss making in FYSept2014, the first time since its IPO in 2005 as stringent production requirements for higher capacity hard disk drive (HDD) caused production issues in its products, resulting in lower demand.

However, Notion managed to pare its net loss to RM9.8 million in 1HFY15, from RM17.4 million in 1HFY14. Revenue, meanwhile, increased 33.0% to RM122.2 million, thanks to better average selling prices from the stronger USD.

The company is adopting an asset light manufacturing model by disposing a 1.23-hectare industrial land with office building in Klang for RM17.88 million, which will also improve its cashflow position. 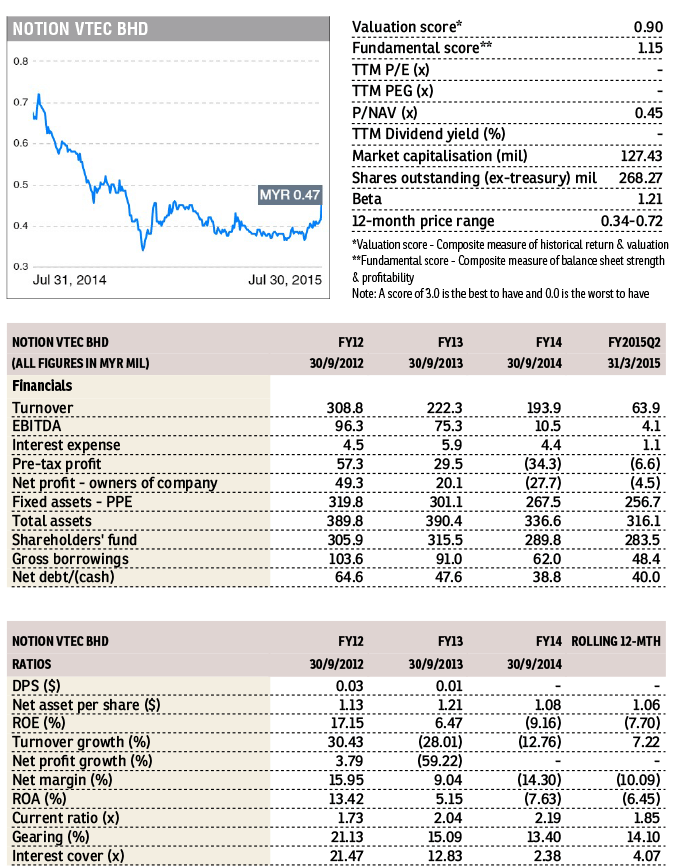