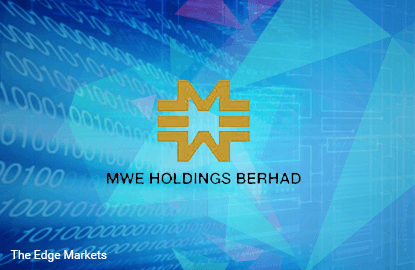 This article first appeared in The Edge Financial Daily, on December 1, 2015.

Penang-based MWE (Fundamental: 0.65/3, Valuation: 1.4/3) surged 14.4% to close at RM1.59 yesterday, triggering our momentum algorithm for the first time. This came after the company received a takeover offer from Pinjaya Sdn Bhd, which is linked to Tan Sri Dato’ Surin Upatkoon.

To recap, Pinjaya Sdn Bhd and persons acting in concert (who directly and indirectly own a 33% stake) offered to take MWE private for RM391.4 million or RM1.70 per share. This is a 22.3% premium to its previous closing price and values the company at 0.7 times book (as at end-September).

MWE primarily manufactures and sells textiles. Notable customers include Nike, Lacoste, Oshkosh and Izod. The textiles segment accounted for 61.5% of FYMar2015 revenue, with the balance from telecommunications, property and plantation segments.

Notably, MWE owns a 25% stake in Bursa-listed Kumpulan Europlus Bhd, which is valued at RM215.6 million. The latter, via an 80%-owned subsidiary, holds a 50-year highway concession for the RM6 billion West Coast Expressway. 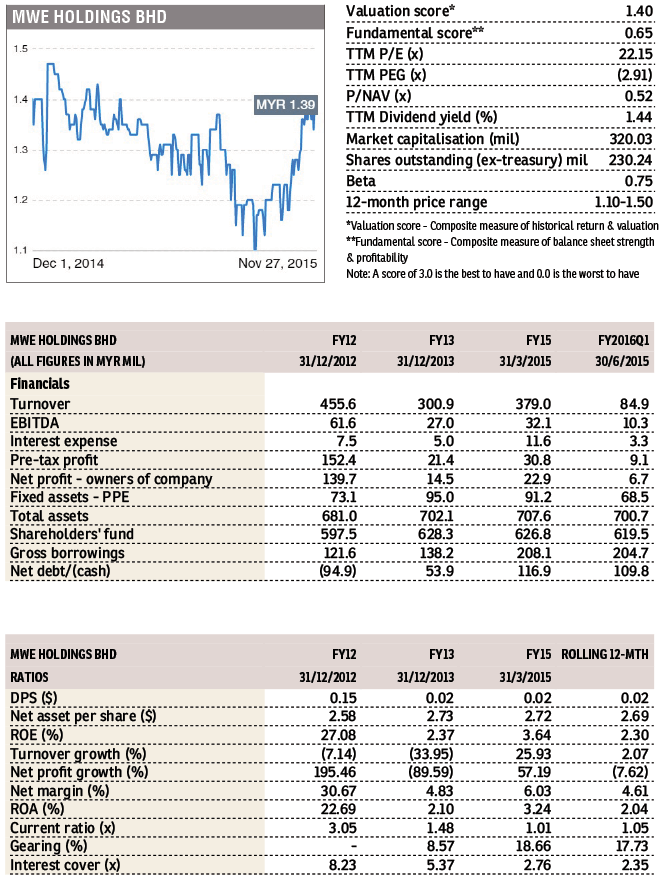