There appear no major developments except for earnings announcement on February 13. For 1H2015, revenue rose 27.9% y-o-y to 17.89 million, while net profit grew an outsized 61.8% to RM 4.23 million, thanks to higher demand for its products.

Mikro MSC produces electrical distribution products such as overcurrent and earth fault relays, metering solutions and power factor regulators. These products monitor and prevent damage to electrical equipment by isolating and tripping a circuit breaker when an electrical fault is detected. 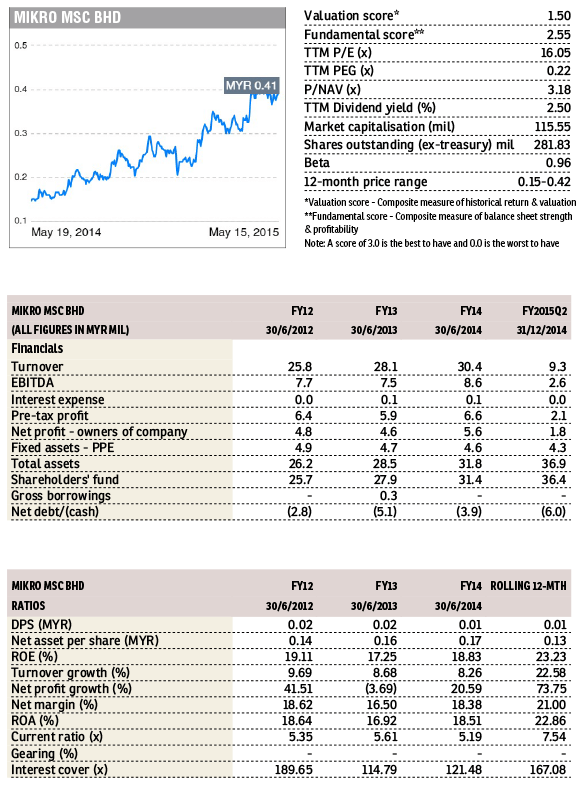