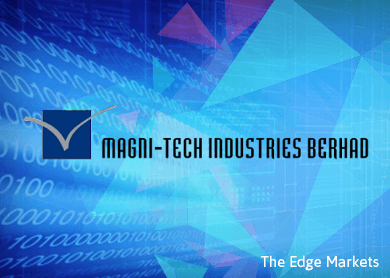 MAGNI-Tech (Fundamental: 2.8/3, Valuation: 2.4/3) has triggered our momentum algorithm three times this week. It was also featured as Insider Asia’s stock of the day on September 29, following which it gained 17.9% to close at an all-time high of RM5.60 yesterday.

On Tuesday, the company announced that its special and final dividend totaling 10 sen per share will be traded “ex” on November 5. This brings total dividends for FYApr2015 to 15 sen per share. However, the entitlement date for the company’s proposed 1-for-2 bonus issue has yet to be announced.

To recap, Magni-Tech was a plastic packaging manufacturer before diversifying into garment manufacturing back in 2006. 80% of the company’s revenue is derived from global sportswear leader Nike. 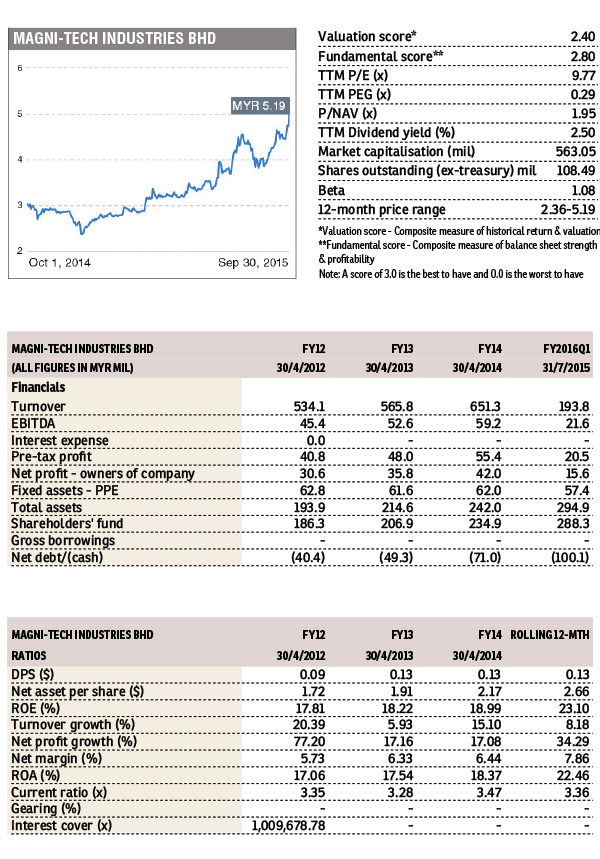