Shares of KPS (Fundamental: 1/3, Valuation: 1.7/3) continued to rise yesterday, closing 6.2% up at a one-year high of 60 sen. Some 9.1 million shares changed hands despite the absence of new material announcements.

Selangor-based KPS is primarily engaged in the distribution of building materials and the conversion of paper into related products. The company also has interests in paper milling and trading of paper related products.

KPS’ founder and managing director, Koh Poh Seng, has been increasing his shareholdings through open market acquisition, to 44.9% in December from 44.0% in May 2015. 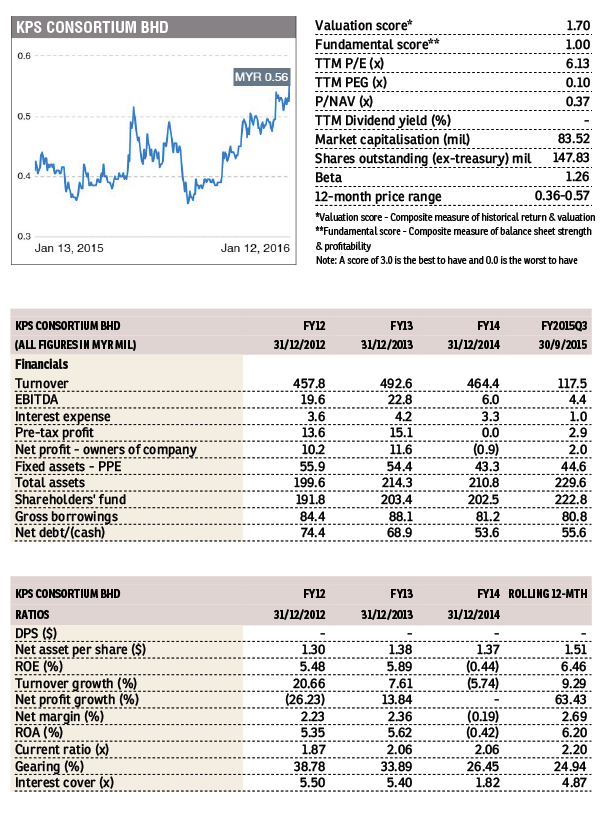