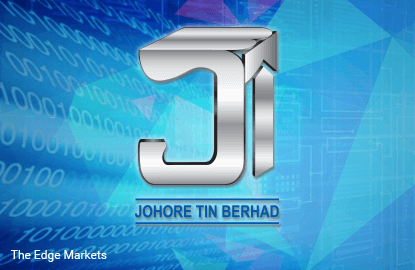 This article first appeared in The Edge Financial Daily, on October 12, 2015.

SHARES of Johore Tin (Fundamental: 1/3, Valuation: 2.4/3) rose 2 sen or 1.1% to close at RM1.80 last Friday. Month-to-date, the stock and its warrants are up 16.1% and 76.5%, respectively. Bursa filings show that insiders took the opportunity to reduce their holdings last week.

Chairman Datuk Kamaludin Bin Yusoff and his wife sold a total of 102,000 shares at between RM1.795 and RM1.83. Post-disposal, Datuk Kamaludin ceased to be a substantial shareholder after his deemed interest of 4.8% fell below the 5% threshold.

Johore Tin derives 28% of its revenue from tin manufacturing and 72% from the F&B segment, which manufactures and sells milk and dairy products. The Johor-based company exports over 70% of its products to countries in Asia, Africa, and Central America — a new export market in 2014.

Tin manufacturing’s profit, however, slumped 41% to RM4 million despite sales dropping only 3% to RM41.4 million. This was attributed to the strengthening USD which resulted in higher raw material costs and lower margins.

Johore Tin’s new milk and dairy products manufacturing plant in Teluk Panglima Garang, Selangor is slated for completion in 2015. It is expected to boost F&B production capacity by more than 25%. 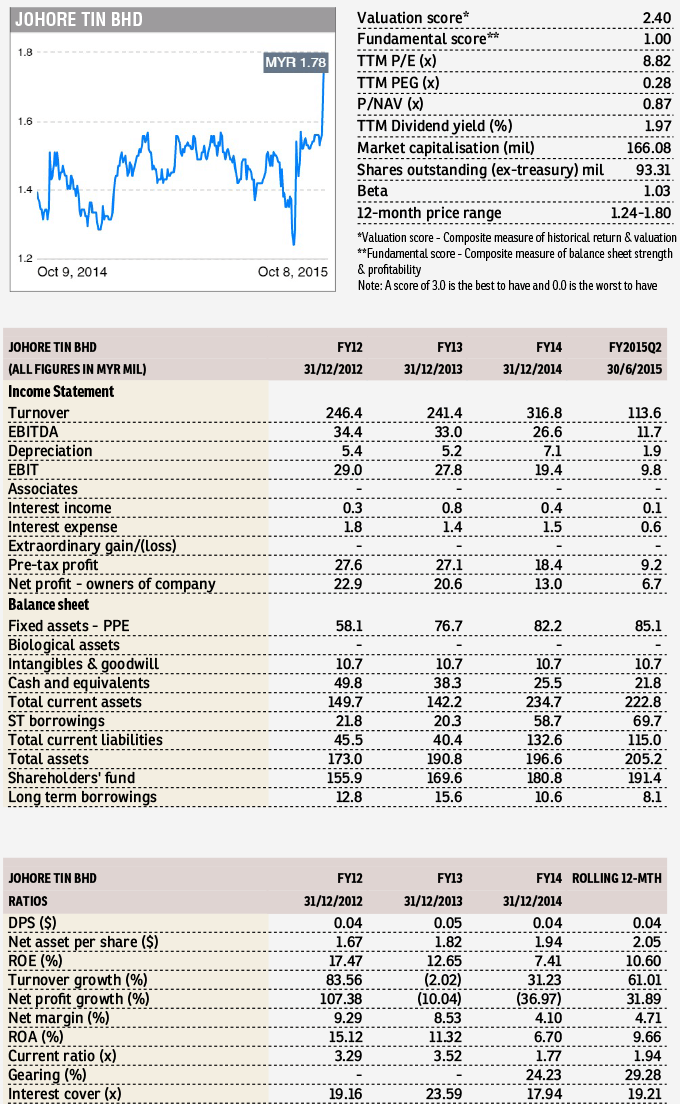