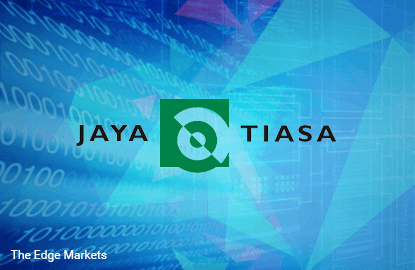 JAYA Tiasa (Fundamental: 0.3/3, Valuation: 1.4/3) has surged 35% to RM1.79 in just three days since the start of the year. This came after Malaysian Anti-Corruption Commission uplifted its bank account that was frozen in relation to its investigation in illegal logging.

With timber concessions in Sarawak, Jaya Tiasa is mainly involved in log extraction, timber products manufacturing as well as oil palm plantation. Timber operations accounted for 71% of FYJun2015 revenue with the balance coming from plantation.

To recap, its log extraction quota has been cut by 15% to 78,000 m3 per month during FY15. With relatively young and maturing palm age profile, the company expects higher yields from the plantation division. 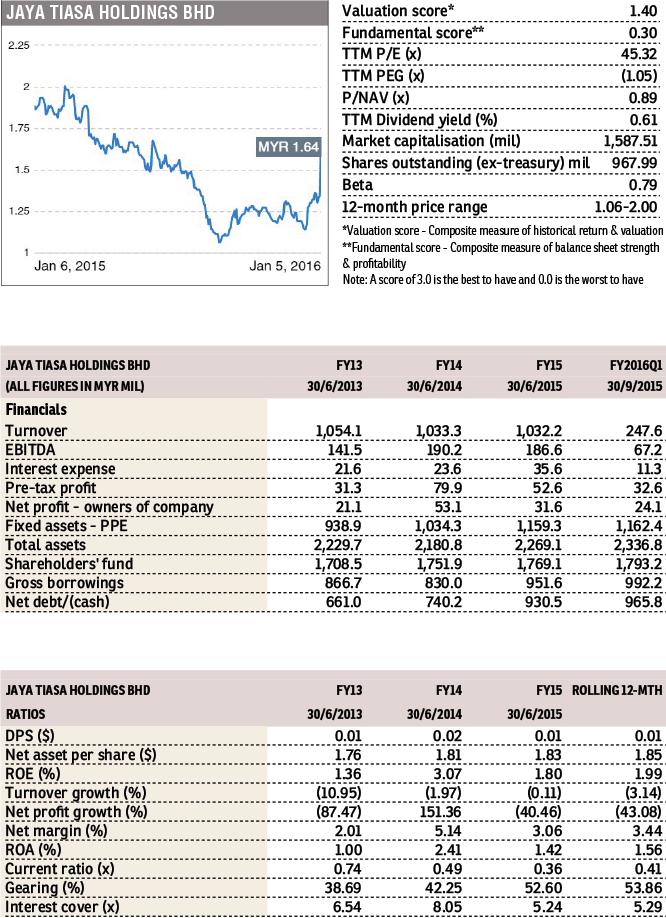