Last Thursday, the company reported its 1Q2015 earnings results. Revenue from continuing operations surged 431% y-o-y to RM8.1 million, while profit after tax was RM1.5 million, compared to a loss of RM1.1 million in 1Q2014.

At end-April, HCK had entered into a share sale agreement to dispose of its industrial machine arm for RM34.48 million. Of the proceeds, RM30 million would be used to fund the acquisition of Equal Straits Sdn Bhd (ESSB), which is owned by Tan Sri Clement Hii and his son.

ESSB, in turn, is in the process of acquiring a 12-storey office building in Empire Remix 2 from Mammoth Empire Group. This is an ongoing commercial development in Subang Jaya, with net book value of RM34.79 million at end-2014.

Upon completion of the above-mentioned, HCK will focus on property development and investment. 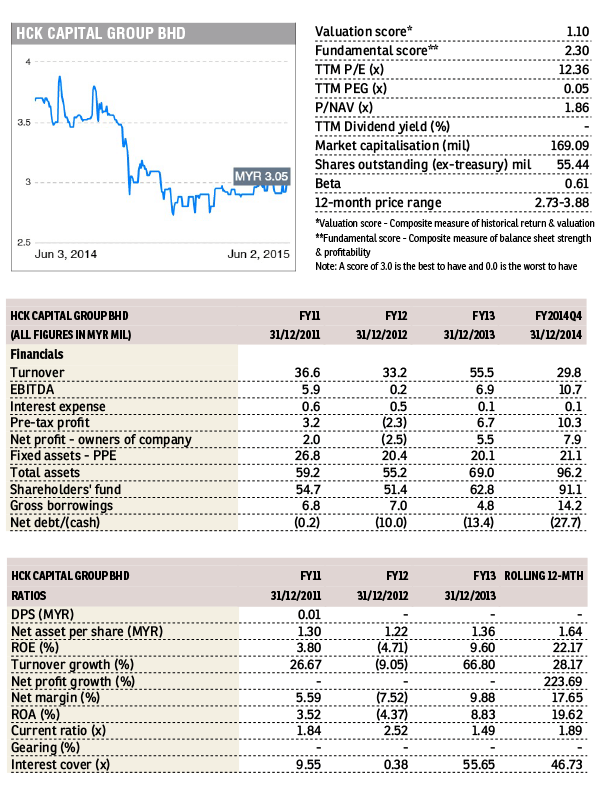