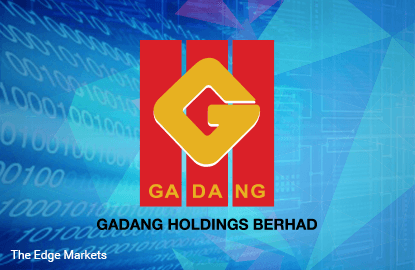 The contract, commencing October 20 for a period of 31 months, involves infrastructure works in Pengerang, Johor — the site of Petronas’ refinery and petrochemical integrated development (RAPID) project.

Gadang is mainly engaged in civil engineering works and property development. The construction division accounted for 76.5% of sales in FYMay2015, followed by property development (20.4%), and water utilities and plantation divisions (3.1%). At end-May, the company had net cash of RM39.7 million, or about 12% of its market capitalisation.

For FY2015, net profit expanded an outsized 37.9% to RM59.6 million on the back of a 7.8% increase in revenue to RM587.4 million. The increase was attributed to higher contributions from the construction and property development divisions. 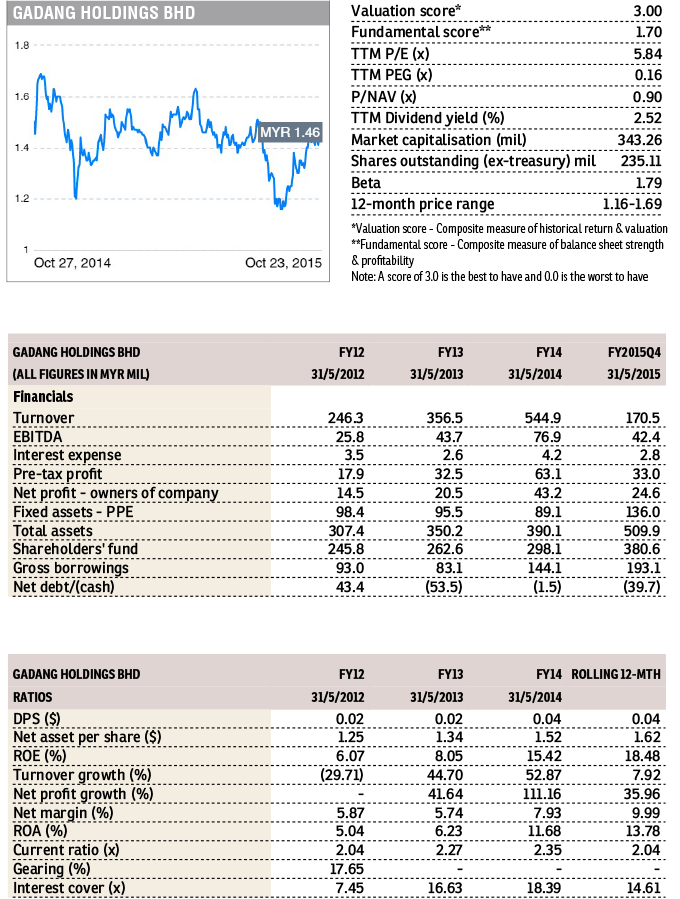