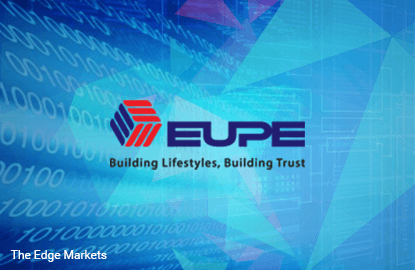 Primarily involved in property development and construction, Eupe is a leading township developer in Sungai Petani, Kedah. The company also owns and manages the 18-hole Cinta Sayang Golf and Country Resort in Sungai Petani and built the town’s first high-end condominiums within the resort.

Eupe is venturing into the Klang Valley through joint venture with landowners. It is scheduled to launch the first tower of its Bangsar South development, ‘Novum’, this month, with the other two towers by mid-2016. The project has total gross development value (GDV) of RM550 million. Its next project — ‘The Weave’ in Cheras — with GDV of RM300 million, is expected to be launched in early-2016.

For 1HFYFeb2016, revenue fell 37.3% y-y to RM58.5 million, while net profit dropped 57% to RM1.8 million, due mainly to lower revenue from the property construction segment. 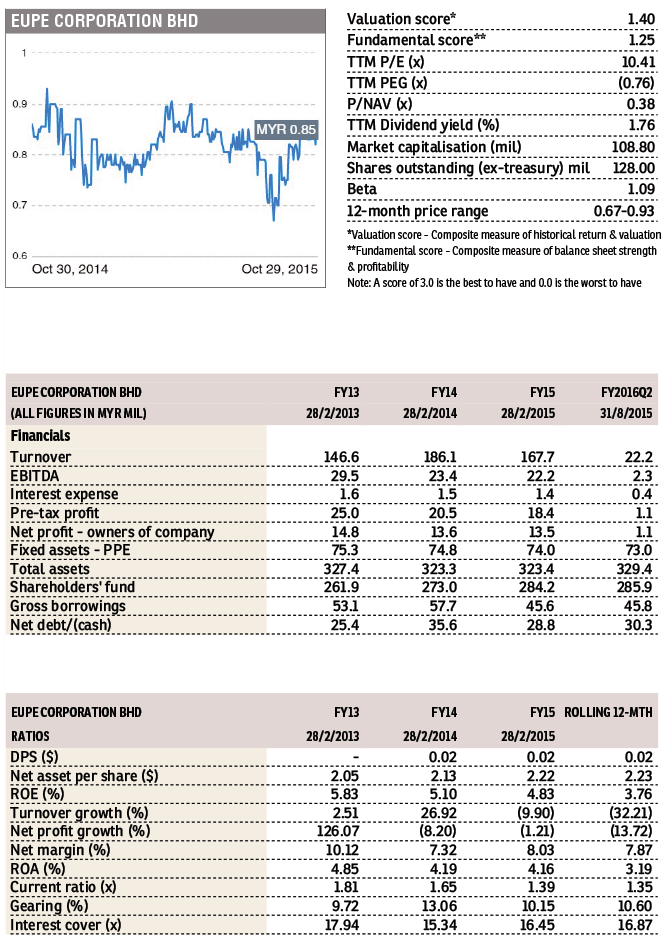