This article first appeared in The Edge Financial Daily, on January 8, 2016.

For 1QFY16, the Group has recorded an increase of 8.64% in revenue to RM6.65 million while profit before tax jumped 30.72% to RM1.54 million. The increase is in line with the revenue and improvement in the operations performance.

There were no borrowings and it has a net cash of RM16.8 million.

The Ipoh-based company is involved in manufacturing and distributing ceramic hand formers used in the glove manufacturing industry, which is seeing a major capacity expansion exercise. Its plants are located in Malaysia and Thailand. 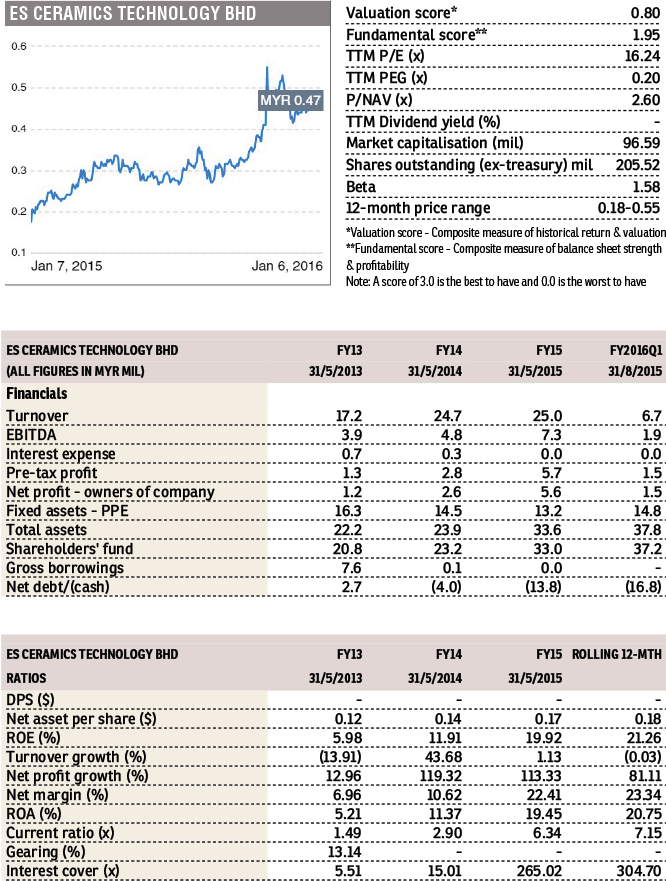