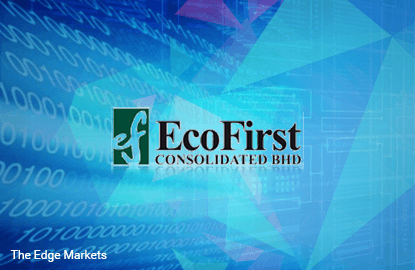 For 1QFY2016, revenue quadrupled to RM23.3 million, on contributions from its ‘Upper East @ Tiger Lane’ condominium development in Ipoh and higher rental income from its malls — 1Segamat in Johor and South City Plaza in Seri Kembangan. Correspondingly, net profit tripled to RM2.3 million. At end-August, net gearing stood at 60.8%.

Established in 1973, EcoFirst started out as a diversified group involved in oil drilling, plantations and engineering works. Having been loss-making from FYJul2004 to FYMay2010, the company managed to turn around under the guidance of its new CEO, Dato’ Tiong Kwing Hee, who was appointed in 2009. Currently, property development and investment contributes the bulk of revenue, at 97% in FY2015.

It is in the midst of acquiring two adjoining parcels of land in Ulu Kelang, totaling 86.3 acres, for RM206.9 million. 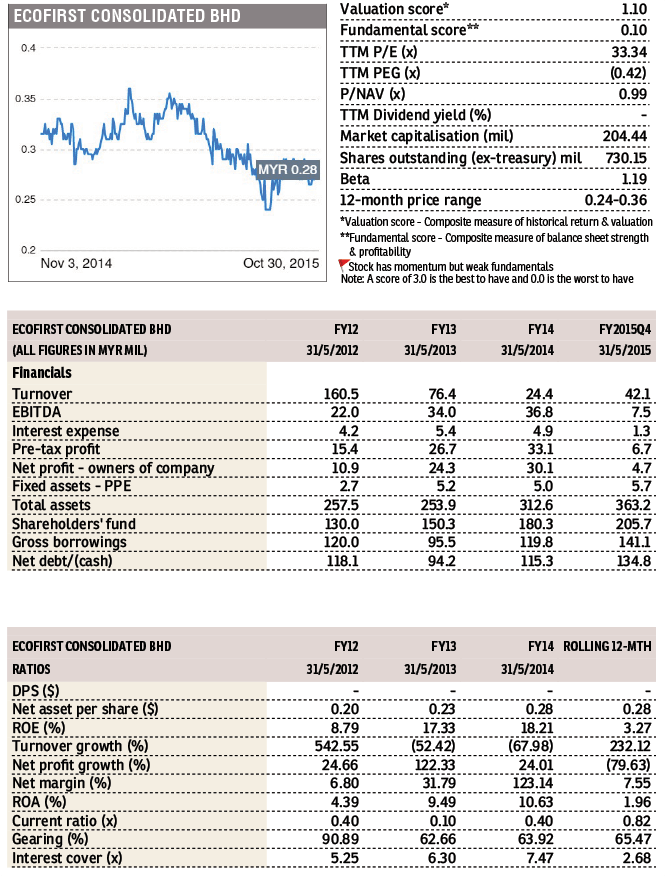