Loss-making from 2011-2013, the Penang-based company has diversified into non-HDD businesses such as sensor controls and medical devices.

Dufu returned to the black in the financial year ended Dec 31, 2014 (FY14) with a net profit of RM6.3 million, mainly due to a one-off disposal gain of RM6.2 million. Export sales, mostly US dollar-denominated, accounted for 75% of its revenue in 2014.

Dufu subsequently declared its first dividend (2 sen) since FY10, giving a 5% yield. The company has been paring down its borrowings over years and has turned into a net cash company in 2QFY15. 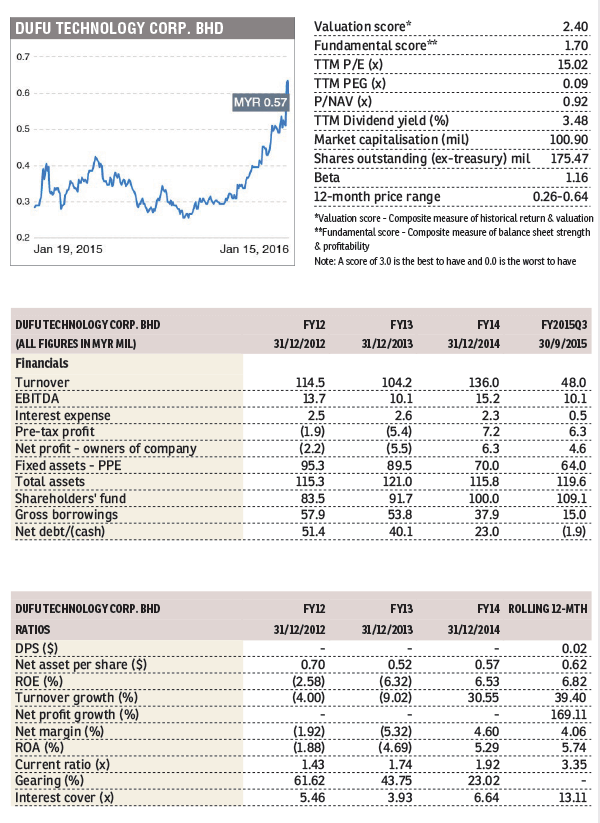