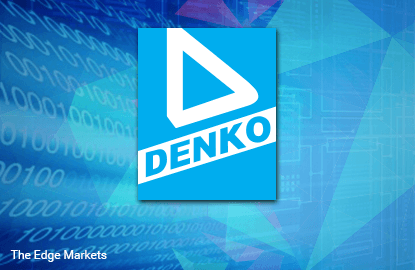 Johor-based Denko operates in two segments: manufacturing of plastic injection moulding and high precision plastic parts; and wholesaling of foodstuff and consumer goods. Over the past five years, it alternated between profit and loss, before returning to the black in FYMarch2015.

For 1HFY2016, revenue grew 14.9% y-y to RM44.3 million, due to increased contribution from the manufacturing division. Profit before tax, however, more than tripled to RM0.9 million, boosted by forex gains of RM0.5 million.

The company has seen a series of boardroom changes since May, including the appointment and resignation of its previous group Chief Executive Officer, Dr Loh Yee Feei. 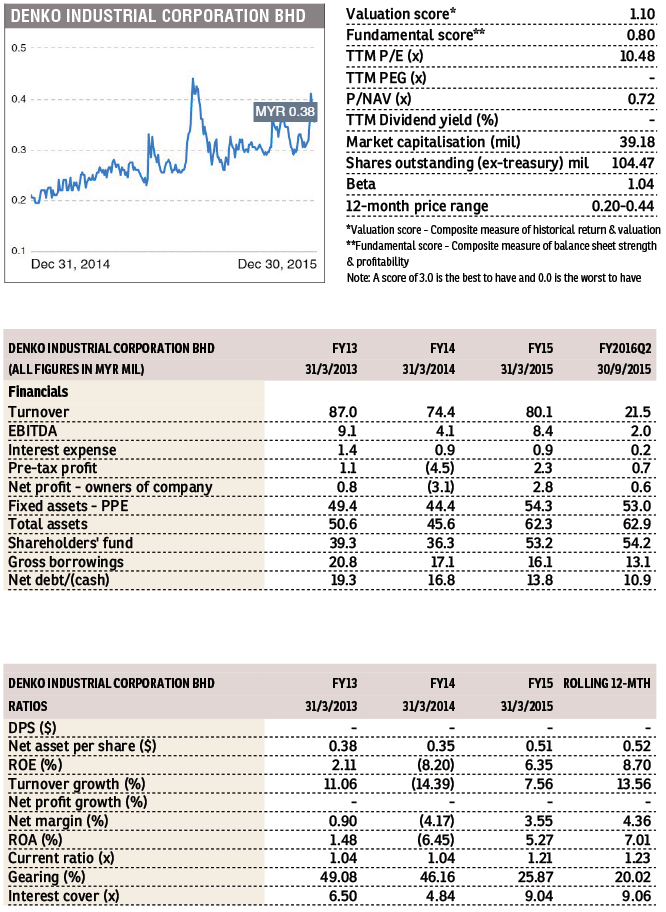