This article first appeared in The Edge Financial Daily, on November 26, 2015.

SHARES of Daya (Fundamental: 0.55/3, Valuation: 0.9/3) triggered our momentum algorithm for the first time yesterday. The stock rose as much as 9.5% before closing unchanged at 10.5 sen. This came after the company released its 3Q2015 results.

Daya mainly provides oil and gas, construction, office maintenance and recycling services. These segments accounted for 96.7% of its revenue for 9M2015. In the same period, 37.6% of Daya’s revenue was from foreign countries.

Note that Daya is still in the process of acquiring an offshore subsea construction vessel for US$120 million (RM427.4 million). This was first announced on August 22 last year and approved by shareholders on December 9. 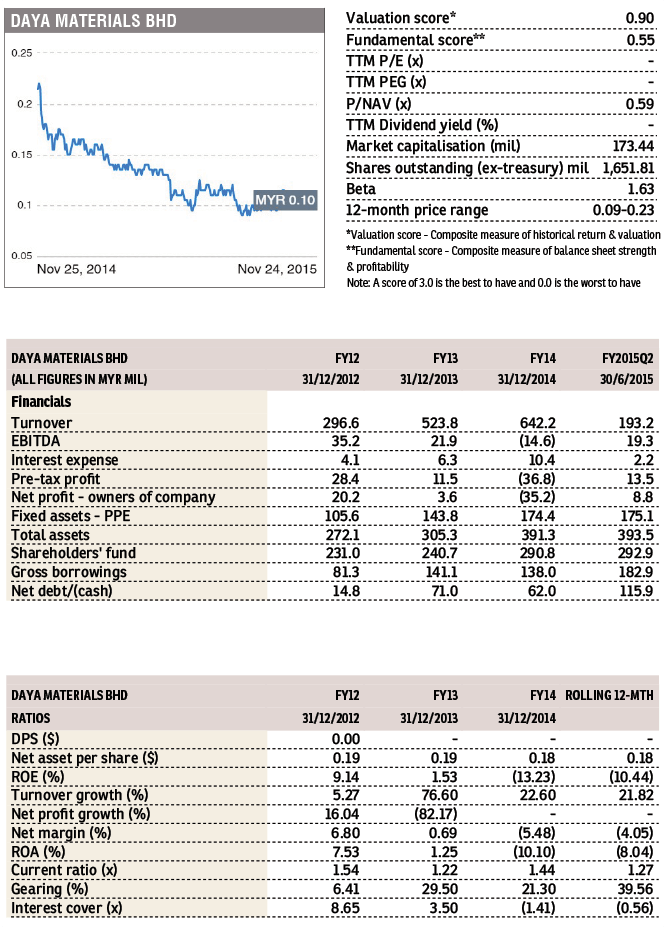