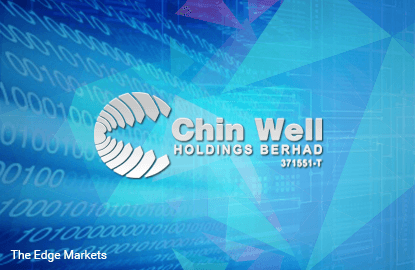 SHARES of Chin Well (Fundamental: 2.4/3, Valuation: 2/3) have put on an impressive performance since announcing its quarterly earnings on November 26. The stock has gained 13.6% to close at RM1.92 on Monday, with 3.5 million shares changing hands.

Meanwhile, Tsai Yung Chuan (Chin Well’s largest shareholder and managing director) upped his stake in the company to 54.2% from 52.9% on November 27. This came after Mr. Tsai acquired a block of 3.9 million shares at RM1.54 per share in an off-market trade via a private vehicle, Benua Handal Sdn Bhd.

Chin Well is one of the world’s largest manufacturers of carbon steel fasteners and wire products.  Europe was the company’s largest market in FYJun2015, contributing 56% of sales. This was followed by Malaysia (22%), with the balance from Vietnam and other countries.

The stock currently trades at a trailing P/E ratio of 11.5 times and 1.2 times book. 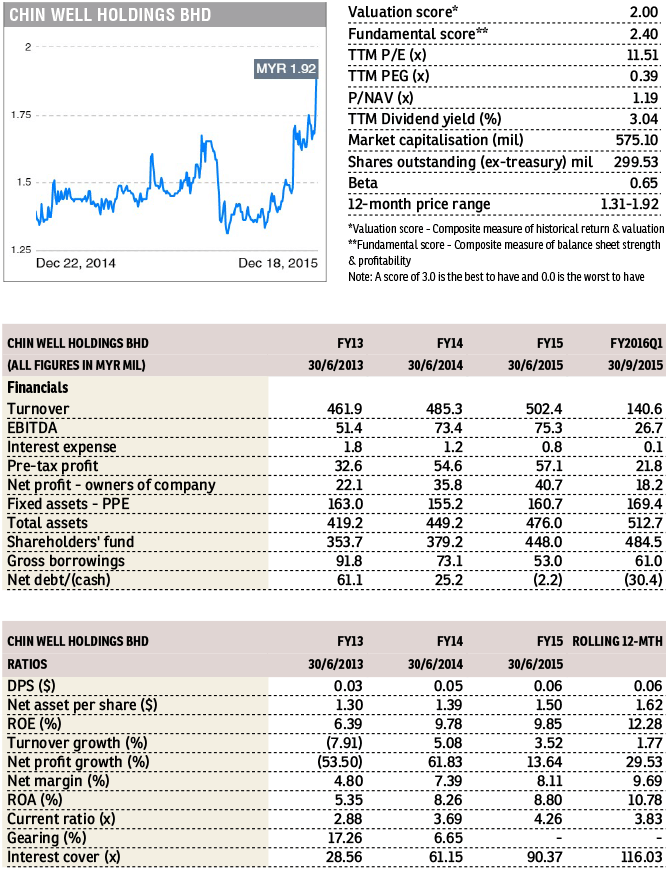