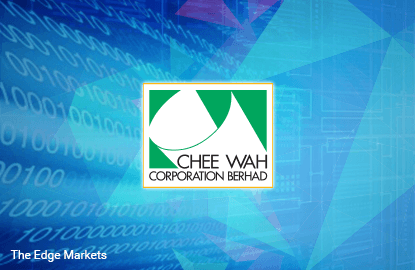 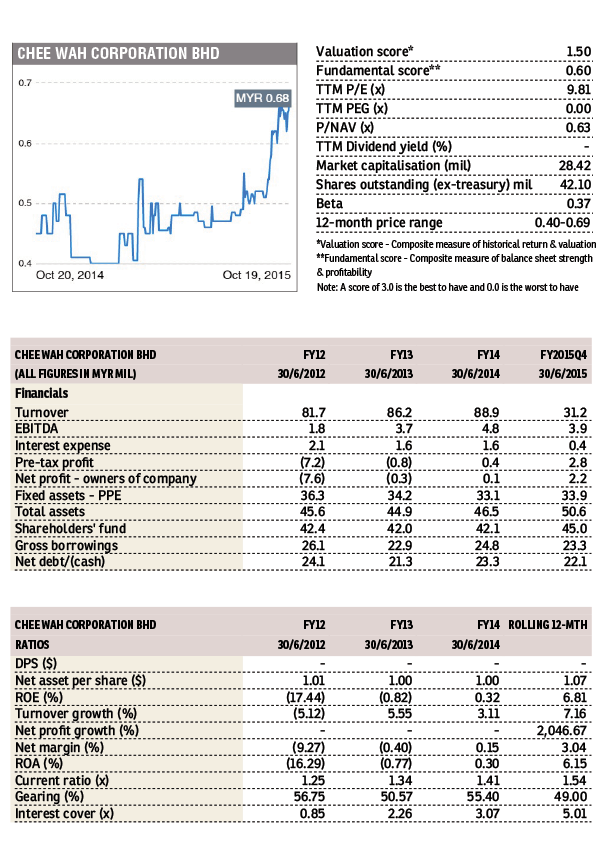 Chee Wah is a manufacturer and distributor of stationery. Its products are sold under the established brands ‘CAMPAP’ and ‘FOREST’. For FY2015, exports accounted for 71.3% of sales, up from 62.5% the previous year.

Due to strong sales demand in export markets and the strengthening US dollar, Chee Wah registered a strong performance in FY2015. Revenue grew 7.2% to RM95.3 million while net profit grew 21-fold to RM2.9 million.

The stock currently trades at a trailing P/E of 9.8 times and 0.6 times book. Notably, it has proposed to pay its first dividend since 2003 — 2 sen per share, which is subject to shareholder approval at its upcoming annual general meeting.