The stock has been ‘red-flagged’ by the system due to its low fundamental score, suggesting that investors should exercise caution while trading in its shares.

The company announced its financial results for the fourth quarter ended Dec 31, 2015 (4QFY15) on February 25, which saw its loss before tax widen to RM47.96 million in 4QFY15 as compared to the RM9.38 million loss it saw in 4QFY14, mainly due to margin erosion triggered by plummeting steel prices and dogged import of steel products from China, despite higher tonnage sold.

At its current price, the stock is trading at 0.41 times its book value. Its market capitalisation now stands at RM405.46 million. 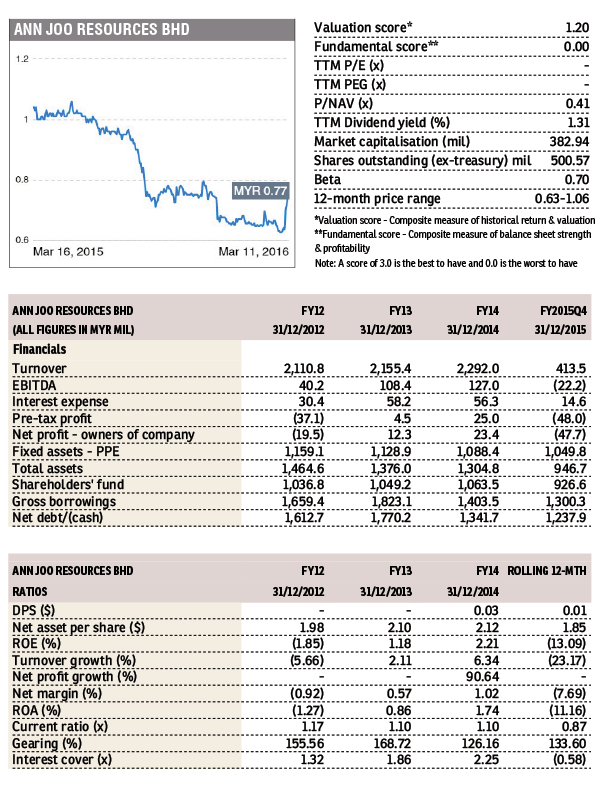