This article first appeared in The Edge Financial Daily, on March 2, 2016.

SHARES of AirAsia X Bhd (fundamental: 0.2/3; valuation: 0/3) triggered our momentum algorithm yesterday as it jumped by 6% to close at 26.5 sen, with 100.8 million shares traded. The group was also the top active stock yesterday.

This was in comparison to its 200-day average volume of 17.1 million shares.

AirAsia X’s shares gained interests and dominated the trading activity yesterday after the group announced its fourth quarter ended Dec 31, 2015 (4QFY15) earnings last Friday, which saw the group returning to the black with RM201.6 million net profit, compared with a net loss of RM168.5 million in the corresponding period in 2014.

In a bourse filing, AAX’s management said forward loads are higher than prior year, despite the higher average fare compared to its previous year.

“Passenger numbers are expected to be strong in the first quarter of 2016, in line with the seasonal patterns,” AirAsia X said of its prospects. 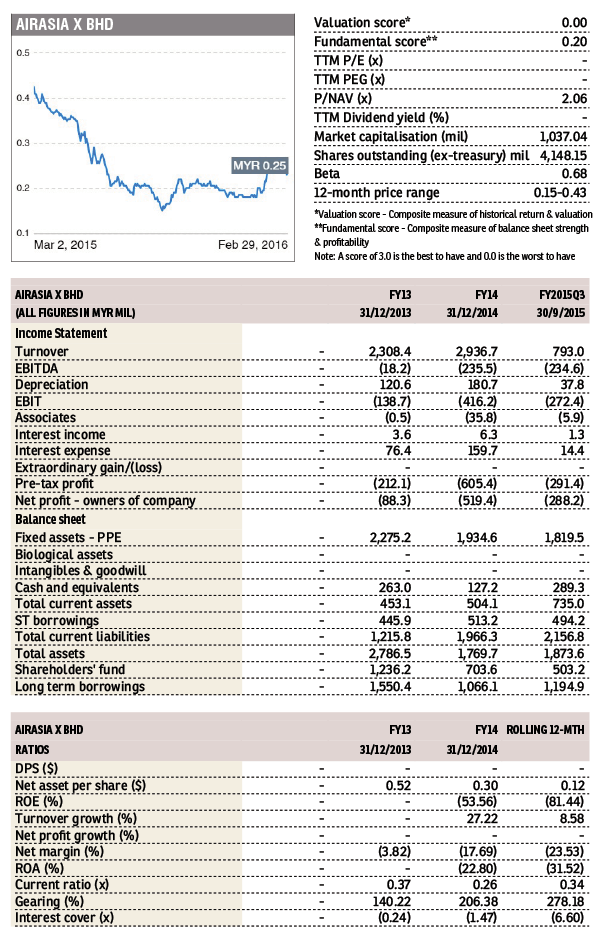