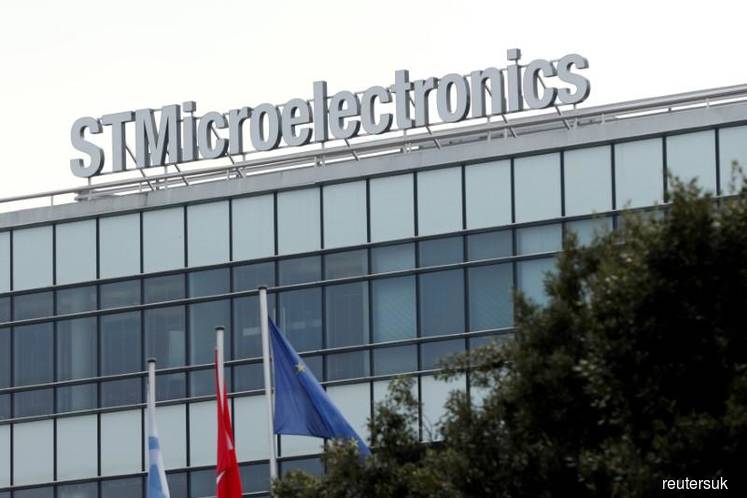 (Jan 23): Franco-Italian chipmaker STMicroelectronics would still reach its mid-term revenue target in the event of a ban of Huawei telecoms components in Europe, its chief executive said after the group published better-than-expected earnings on growing demand for its next-generation products.

Debates are raging in France, Germany and Britain as to whether to grant China's Huawei, one of STMicro's top 10 clients globally, the right to sell its telecoms equipment for use in 5G mobile Internet infrastructure, following calls by U.S. authorities for a complete ban over fears China could use the equipment for spying.

"We're prepared for it," STMicro Chief Executive Officer Jean-March Chery said in an interview, when asked if the company had assessed the risk of a full ban.

"Today, the risks and opportunities are balanced and won't prevent us from reaching our mid-term target of US$12 billion," he added. The Geneva-based group pledged to reach that revenue goal by the second-half of 2021 or in 2022, depending on market conditions.

STMicro, whose controlling shareholders are France and Germany, is able to shift manufacturing from China to countries like Morocco and Malaysia, if the trade relationship between China and the United States deteriorates further, Chery said.

"We're going to move from a totally open global economy to an economy that will be more siloed, with regional strategic interests that will come before that of companies," he said.

STMicro's fourth-quarter results beat analysts estimates as demand for chips dedicated to the next generation of smartphones and low-emission cars helped offset a slowdown in more traditional products.

STMicro's results reflect a wider industry move towards more sophisticated semiconductors within the telecoms, auto and manufacturing sectors, as equipment makers gear up for the deployment of the new mobile Internet infrastructure, or 5G, and increased demand for cleaner vehicles.

The supplier to iPhone maker Apple and electric carmaker Tesla said fourth-quarter net revenue rose by 7.9% from the previous quarter to US$2.75 billion, above STMicro's targets.

The Geneva-based company expects first-quarter sales to fall by 14% to about US$2.36 billion from the last quarter of 2019, as the start of the year is generally a weaker period in the semiconductor industry. STMicro expects growth of 13.7% over the period from a year earlier.

It also plans to invest about US$1.5 billion in capital expenditure in 2020.

STMicro's results came on the back of a good performance by bigger rival Taiwan Semiconductor Manufacturing Co (TSMC), which forecast a rise of up to 45% in January-March revenue earlier this month.