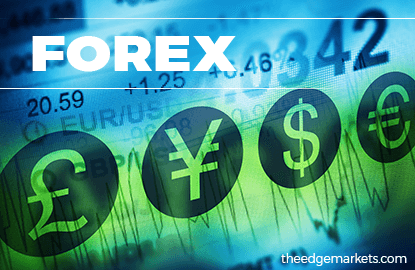 TOKYO (Jan 17): The British pound flirted with a three-month low on Tuesday, hit by fears that Prime Minister Theresa May's speech later in the day will set Britain on course to lose access to the lucrative European Union single market.

Concerns over U.S. President-elect Donald Trump's protectionist policies are also undermining risk sentiment, helping to push up the yen back to its highest levels in more than five weeks.

The pound was on the defensive at $1.2038, having slumped to a three-month low of $1.1983 on Monday, which was its weakest point in more than three decades barring the several minutes in early Asian trade on Oct 7 when it tanked to as low as $1.1491.

May will say Britain will not seek a Brexit deal that leaves it "half in, half out" of the European Union, according to her office, in a speech setting out her 12 priorities for upcoming divorce talks with the bloc.

Those priorities will include leaving the EU's single market and regaining full control of Britain's borders, several newspapers have reported since the weekend.

"It's been reported that she is putting the border control over the EU market, so that could lead to a 'hard Brexit'," said Shinichiro Kadota, senior FX&rates strategist at Barclays.

"Given the high uncertainty, the pound's volatility will be elevated in the near term, although in the mid- to longer-term, we are not that bearish on the pound because its valuations are so cheap if you look at its real effective rates," he added.

The dollar slipped to 113.61 yen on Monday, hitting its lowest level in more than five weeks and having lost 4.2 percent from this year's peak of 118.605.

In early Asian trade it edged down 0.2 percent to 114.00 yen , as Trump's protectionist comments rattled some investors.

"Initially the markets took Trump's protectionist rhetoric as bluff. But looking at the line-up of his advisers and his news conference, it's increasingly clear that he is serious," Barclays' Kadota said.

The German economic sentiment data due at 1000 GMT could attract some attention.  - Reuters